Edit Mode is an intensive paid training and mentorship program aimed at diversifying the audio industry’s editor pool. The program builds participants' skills, creates connections with future colleagues and provides the real-world editing experience needed to feel confident hitting “apply” for that next editor job.  Participants shadow an editor at a news organization or podcast network, gaining firsthand experience in the editing process, and receive a stipend of $1000.

Applications are currently closed for our Spring 2022 program. Join our newsletter to be alerted when applications open for future programs. 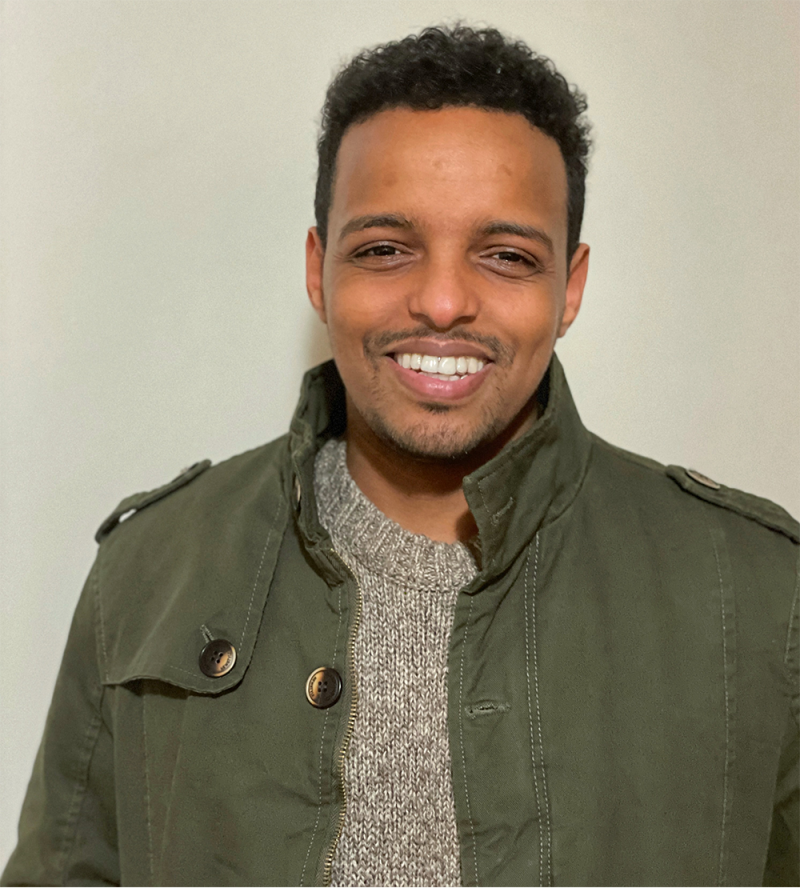 Abukar Adan (he/him) is an associate producer at Campside Media. The first show he produced, Chameleon: Hollywood Con Queen, peaked at #2 on Apple charts and was named one of 2020’s best podcasts by Spotify and Stitcher. He’s now working across two other narrative shows. Abukar got his start in audio journalism as an intern at Maine Public Radio. He’s since worked as a digital producer at the NBC-affiliate in Portland, ME, and a reporter at WJCT-NEWS, Northeast Florida’s NPR station. Abukar also helps teach a course on audio storytelling at IFP Media Center. He lives in Brooklyn. Twitter: @AbukarAdan17 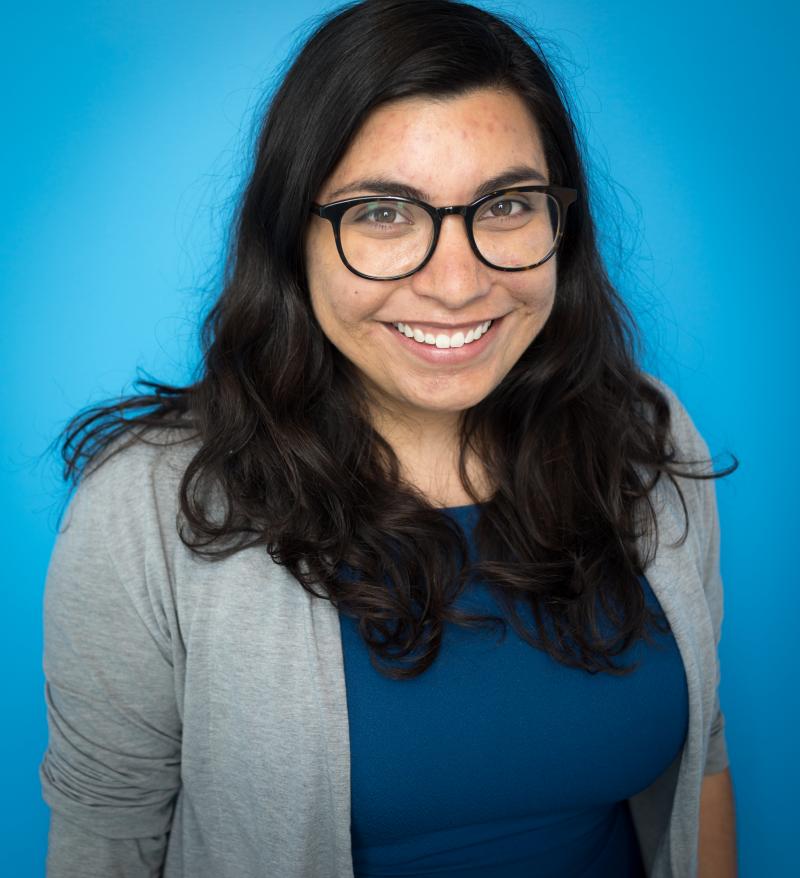 Christina Cala (she/her) is a producer for the TED Radio Hour. Before that, she spent five years at All Things Considered where she reported from the Colombia-Venezuela border on the migration crisis, covered immigration from both sides of the US-Mexico border, field-produced from the Trump-Putin summit in Helsinki, and voiced her first piece from Puerto Rico after Hurricane Maria. Cala also led music coverage for the show and served as the show’s update producer and director. She’s a co-founder of the Marginalized Genders and Intersex People of Color mentorship program at NPR. Photo credit: Morgan McCloy. Twitter: @christinacala 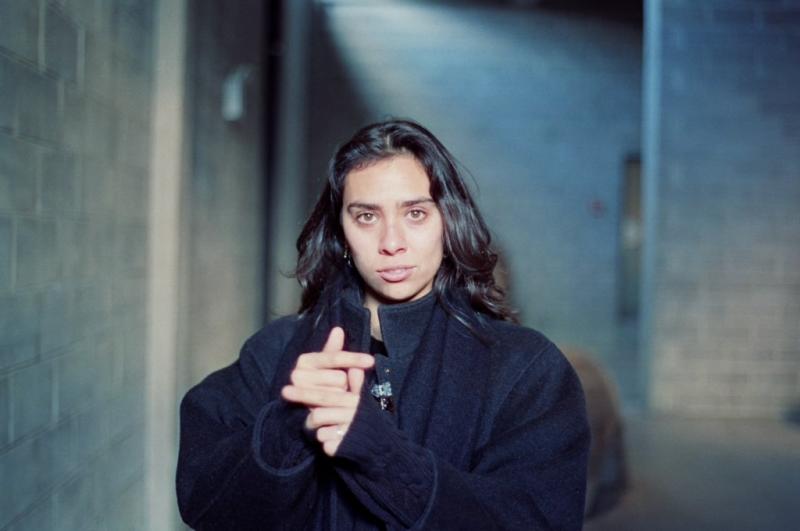 Jenny Casas (she/her) is lucky to live in Chicago, and loves all of its seasons because she is from California. She tells stories that center Black and Latinx histories, the intricacies and failings of municipal systems, and the uncategorizable things that pique her curiosity. She has three love languages: (1) good questions (2) generative reporting practices (3) reframing around abundance. She is a producer on the opinion audio team developing new shows at The New York Times. She brings with her the full weight of all the lessons she learned reporting for WNYC’s The United States of Anxiety, City Bureau, USA Today's first investigative podcast The City, St. Louis Public Radio, and KQED. Twitter: @jnnsmn Adwoa Gyimah-Brempong (she/her) is a producer and multimedia storyteller. Writing (essays and fiction) is her first language, with audio a rapidly maturing second. A first generation American, Adwoa has worked and lived on five continents. She cares fiercely about story and voice, and has a running tally of the number of different accents she’s brought to air. Angélique Kidjo once called her powerful on tape, a career high that she will never top. Twitter: @theonlyadwoa 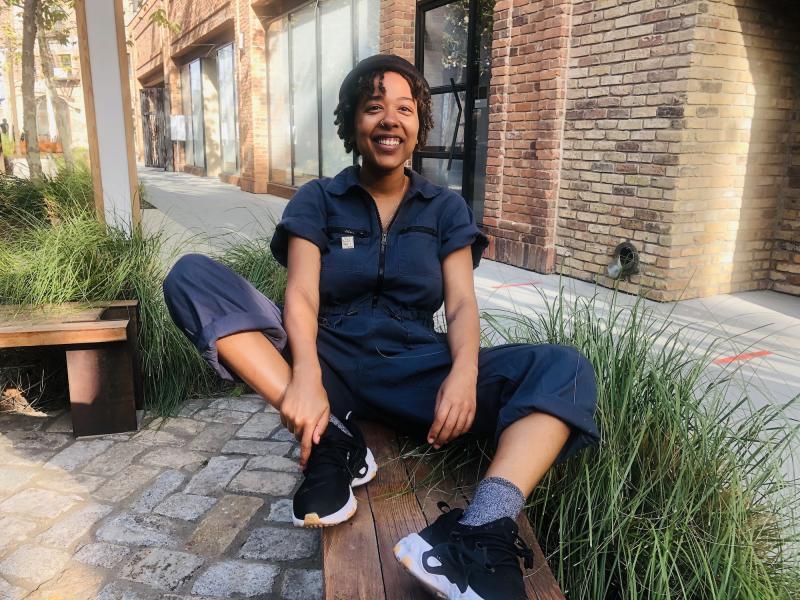 Along with her commitment to being a joyful queer Black girl, Jess Jupiter (she/her) is just as committed to fostering and creating stories that expand the narrative of Black and queer communities, and works to elevate stories by and for Black women. Despite constant reminders, industries still seem to believe that Black folks (and therefore their stories) are a monolith. Jess is working diligently to change that. IG: mylastnameisaplanet/Twitter: @jupitersaidwhat 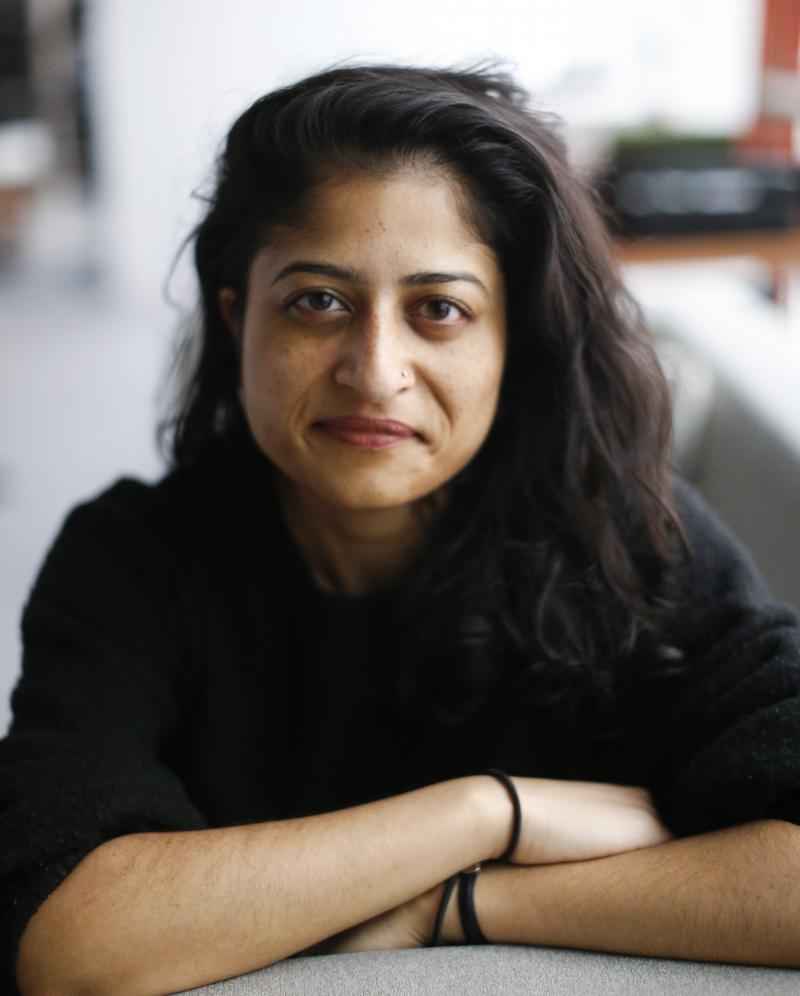 Neena Pathak (she/her) is an audio producer at The New York Times, where she currently produces The Daily, and previously produced Still Processing. She also produced Another Round at BuzzFeed, and before that, worked in public radio and education. She lives in New York. Photo credit: Earl Wilson. Twitter:@neenpathak 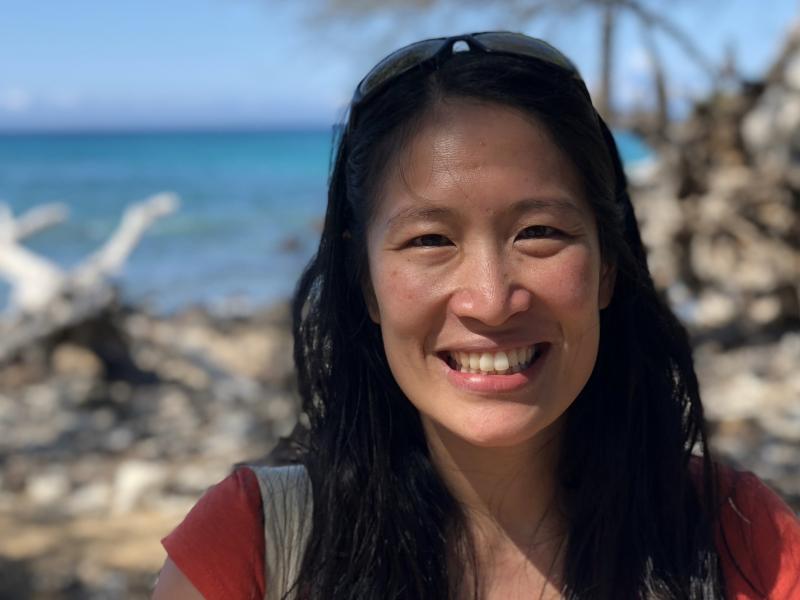 Lisa Phu (she/her), a Chinese-American independent audio producer and writer, spent eight years as a print and public radio journalist in Alaska. She was a reporter at KTOO in Juneau and KSTK in Wrangell. She’s won numerous reporting awards, was lead facilitator for StoryCorps Alaska, and a 2017 AIR New Voices scholar. Originally from New York, Lisa has lived in Hong Kong, Tanzania, and Bhutan. She’s raising two daughters in Juneau with her husband, and is working on a limited series podcast about her mom’s life. You can find her on Twitter at @LisaPhuAK. Photo credit: JJ Lewis

Adreanna Rodriguez (she/ella) is a Lakota/Chicana artist based in Oakland, CA.  As a storyteller, her research, writing, and filmmaking revolve around issues of social and climate justice for Indigenous communities, as well as femme stories. She holds a M.A. in Visual Anthropology from San Francisco State University and a Graduate Certificate in Documentary Studies from the SALT Institute for Documentary Studies at the Maine College of Art in Portland, Maine. IG: @aadreannaa. Twitter: @aadreannaa. Photo Credit: Adreanna Rodriguez 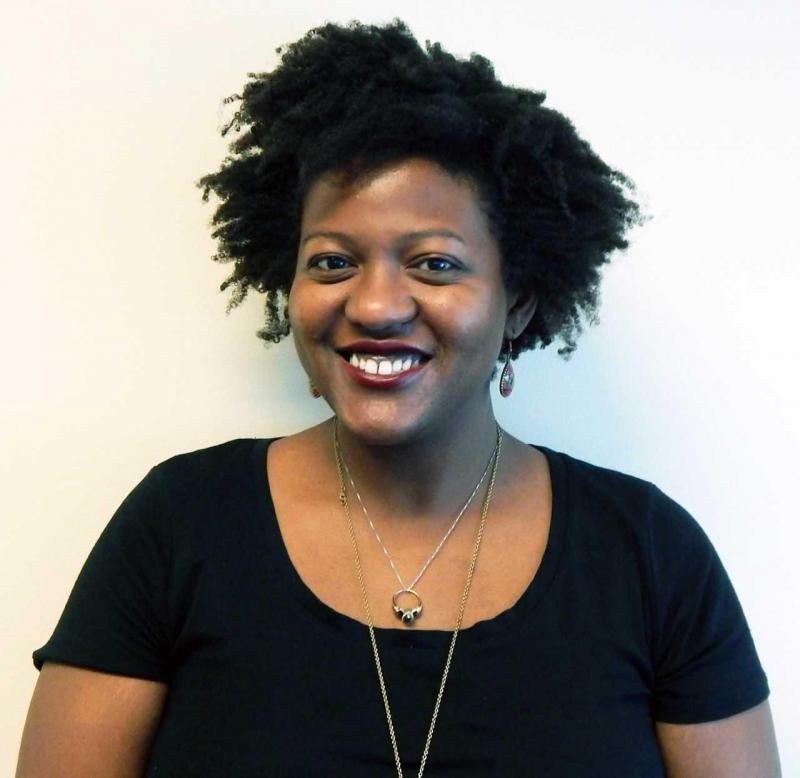 Aisha Turner (she/her) is a producer and writer from the Baltimore area. She is currently a senior producer on the MSNBC podcast Into America, a show about Black life in America. Previously, Aisha was a producer with StoryCorps and reporter/producer on Precious Lives – a series about gun violence in Milwaukee. She cut her teeth in broadcasting while based in Washington, DC as a producer at the PBS NewsHour. She has a BA in Public Policy from Duke University and a Joint-MA in Global Studies from the Universities of Leipzig and Vienna. Twitter: @eye_e_sha. Website: aishaturner.com. Photo credit: WUWM 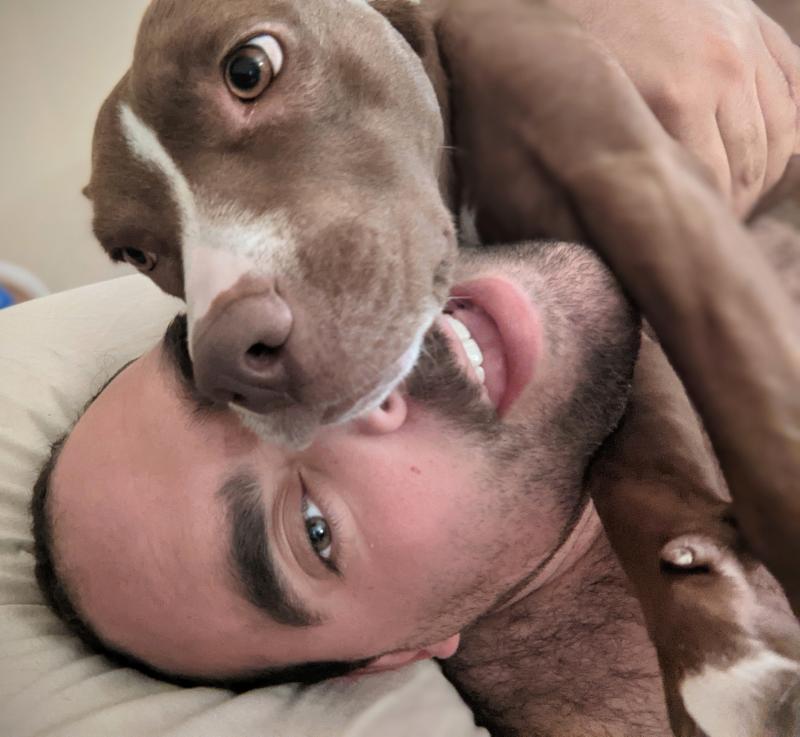 Sharif Youssef (they/them) is a writer, producer, and sound-designer based in Berkeley, California. They enjoy mountains and beaches and spending time with their friends. But not too much time. Nelson is their dog and she is more photogenic. Twitter: @reefsoundz

Edit Mode is a collaboration between the Editors Collective and AIR. 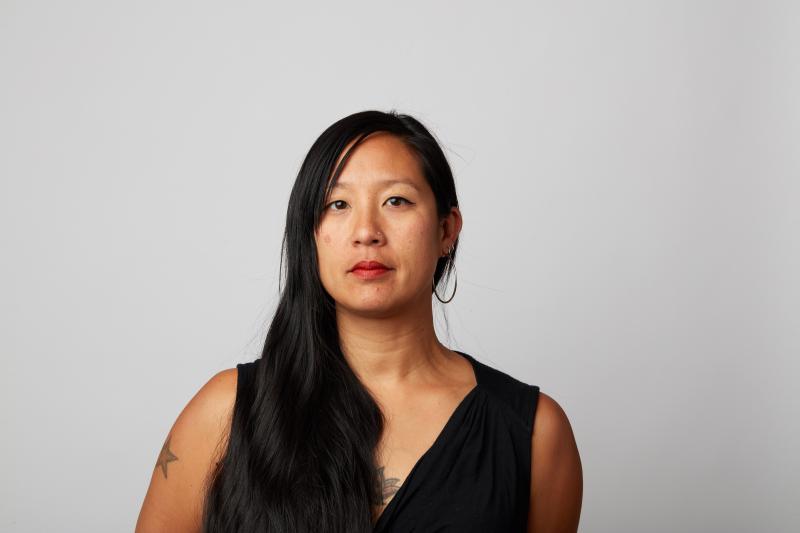 Jen Chien is Executive Editor for Lantigua Williams & Co. Previously, she was Senior Radio Editor at Reveal from the Center for Investigative Reporting and Managing Editor for Crosscurrents and KALW News. She has been a contributor to All Things Considered, Radio Netherlands Worldwide, BBC/PRI’s The World, Making Contact, SF Public Press, East Bay Express, New America Media, and KPFA in Berkeley, where she took part in the First Voice Apprenticeship Program. Awards recognitions include Third Coast, Peabody, Gracies, ONA/OJA, and SPJ Sigma Delta Chi. She holds a BA in American Studies from Smith College, and an MA in Interdisciplinary Performance from New College of California. Before entering the field of journalism, she had a successful career as a professional dance and theater artist, arts teacher, and massage therapist. 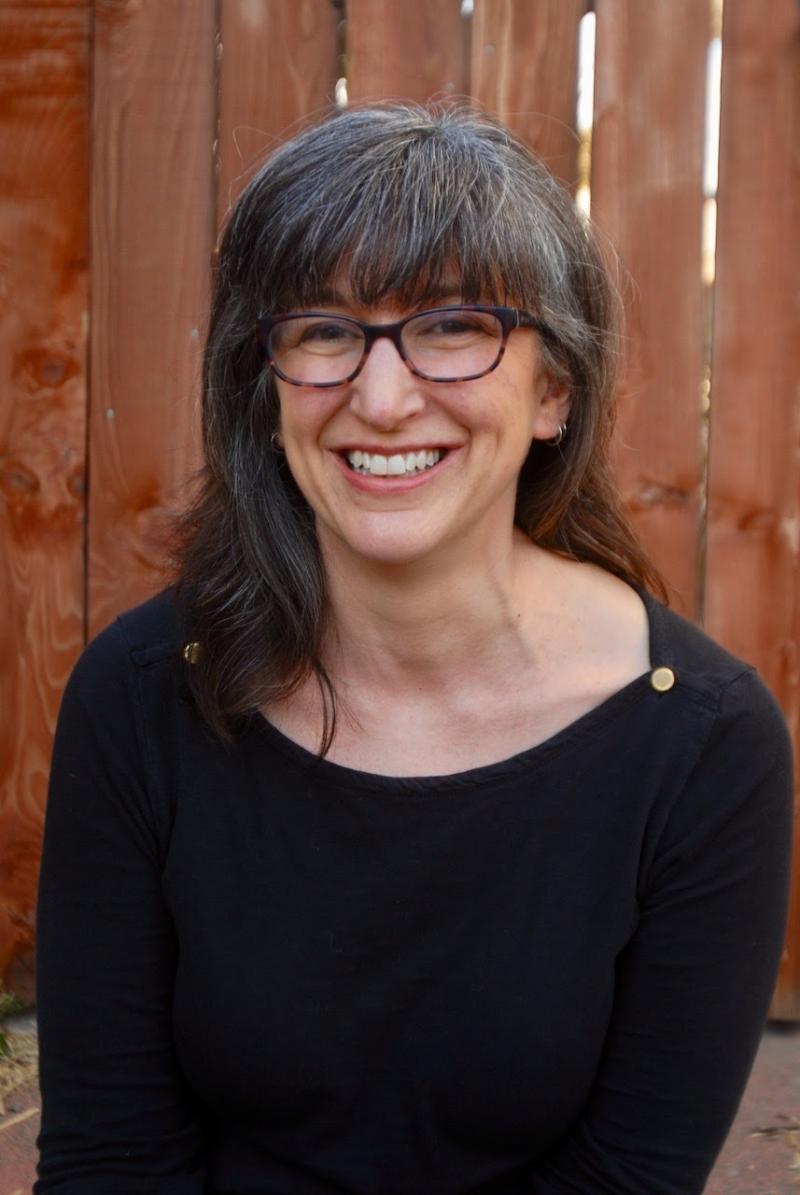 Casey Miner is an award-winning narrative audio editor, producer, and writer who's worked with outlets including Wondery, Reveal, 70 Million, The Stoop, NPR, Slate, Pop-Up Magazine, and Mother Jones. Previously, she led creative teams for Al Jazeera and KALW; taught audio production and narrative structure at the University of California, Berkeley; and launched and hosted The Specialist, a podcast about work we don't think about and the people who do it. She does her best work when collaborating with other members of the Editors Collective. 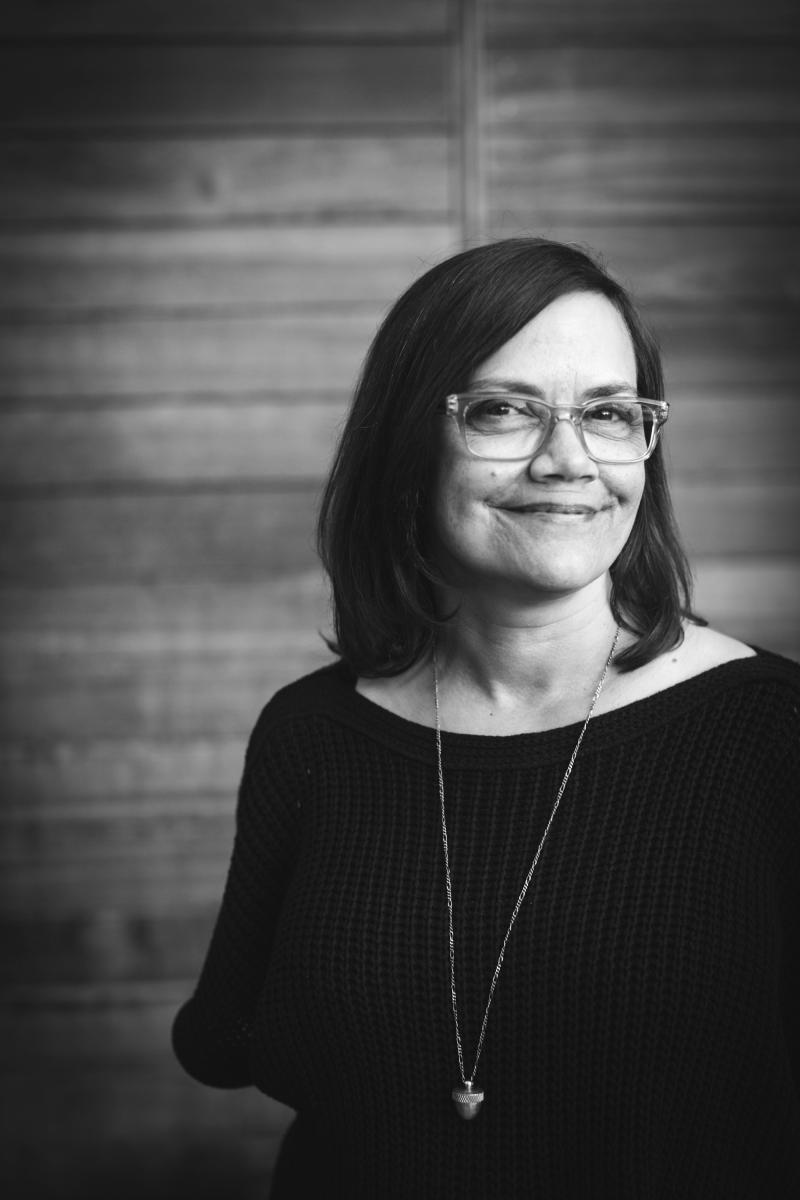 Julie Caine is senior editor for NPR’s Throughline podcast. She led podcasting and on-demand audio at KQED Public Radio, overseeing strategy, new show development, and a vibrant portfolio, including Truth Be Told, Rightnowish, and The Bay. She helped found Jetty Studios, an international podcast unit for the Al Jazeera Media Network, where she launched Closer Than They Appear and Game of Our Lives, and developed The Take. She’s a founding producer and editor on The Stoop and The Specialist podcasts, and was managing producer for Crosscurrents at KALW Public Radio. 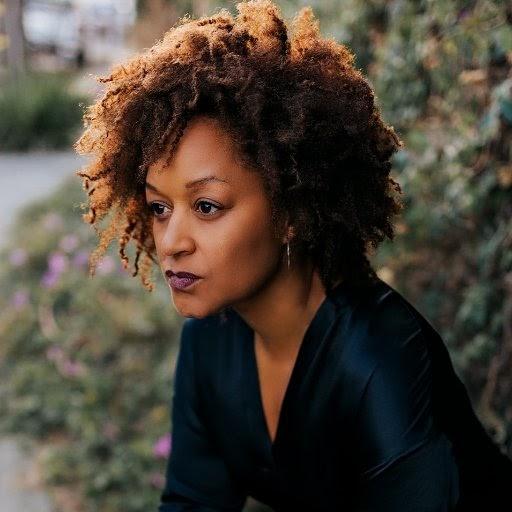 Leila Day is an award winning audio producer and editor, currently editing stories for Pineapple Street Studios. She's the co-creator and co-host of The Stoop podcast, stories about the Black diaspora, and she's the Executive Producer of Stoop Talks. Leila began her audio career as a reporter and editor at KALW in San Francisco and since then she's taught multiple audio workshops, produced longform content for various media outlets, and edited stories for Marvel, NPR, NBC and more. When she's not making podcasts she's often working with new producers to help them create their own stories.