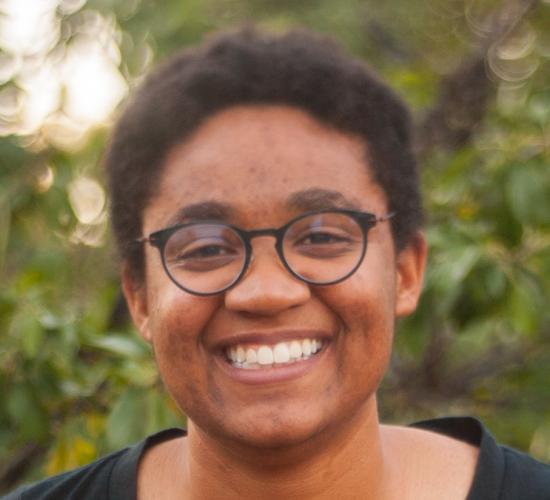 I use multimedia to produce personal narratives that strive to cultivate curiosity and vulnerability in the listener/watcher/reader/participant. My wide-ranging musical tastes inspire my sonic aesthetic.
Member since 2021

I'm currently looking for freelance, part-time sound design and story editing gigs. In my collaborations, I value efficient organization and clear communication. I use my skills in audio to tell stories that go into deeper, more nuanced places than the typical headline.

My career in audio storytelling began in 2013 at Princeton University, where I took a class with NPR's Steve Drummond. My final project, a radio news feature about the meningitis B outbreak on campus, won an Edwin F. Ferris Class of 1899 Prize for journalism. From that moment, I was hooked on telling stories through the medium of sound. I began recording and editing various independent sound projects to hone my skills in the craft.

In 2017, I became the executive producer of South Side Weekly Radio, the audio component to the hyperlocal newspaper covering arts, culture, and politics on Chicago's south side. I reported, produced, and edited news features and interviews with artists, activists, and everyday folks. I trained emerging producers in interviewing, scriptwriting, sound recording and editing, and story structure. From June 2017 to June 2018, I produced and co-hosted the live radio show, which included pre-recorded and live segments. In 2018, I led a multigenerational team in the publication of “The Narratives of Robeson High School.” The multimedia project and archive presented the histories and memorabilia of an all-Black high school in a neighborhood that the Chicago political machine had under-resourced for decades. I created an hour-long audio documentary and a print publication detailing the school’s history and legacy. This work won a Lisagor award from the Chicago Headline Club, the Chicago chapter of the Society of Professional Journalists.

In 2019, I started at the Invisible Institute, working on their next limited series podcast in the wake of their award-winning Somebody. In this role, I've developed my scriptwriting and story structure skills, as well as learned more of the tools of investigative journalism.