Julia is available for

... creative part- and full-time audio projects. I enjoy working as a producer, editor and project lead -- whatever the situation demands.

Julia Scott is a veteran radio and podcast producer, editor, and longform magazine writer. Her radio documentaries and features have aired on NPR, the CBC, and the BBC World Service. Her stories have appeared in The New York Times Magazine, Nautilus, OZY, New York Magazine, The Logic and The Walrus. Her work has also been featured in Best American Science Writing and on Good Morning America. She is a news and features editor at KQED, where she mentors young talent. She was previously an editor and correspondent with KALW. Scott started off in newspapers as a regional science and environment reporter. She is the co-founder of SeedPod, a podcast coaching company that offers proprietary trainings to companies, foundations and nonprofits. Born and raised in Montreal, Canada, Scott maintains dual Canadian-American citizenship. She lives in Oakland, California. Please visit her website at www.juliascott.net. Send her a tweet at @juliascribe! 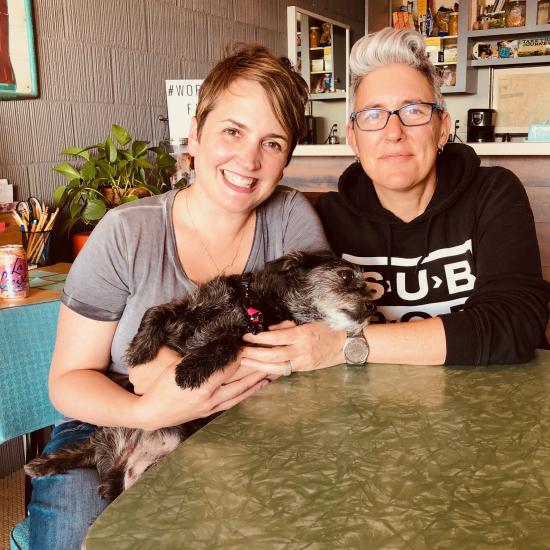 Under One Roof: How COVID-19 Turned My Apartment Building Into a Community
UNDER ONE ROOF is the story of how COVID-19 turned my apartment building of strangers into a community. I live in a tall building in Oakland, California with 119 units. We came under lockdown in March 2020. And as the weeks wore by, I started wondering how my neighbors were coping. What I found was a microcosm of personal stories that speak to our fears and longings, a determination to protect one another, and some joyful new efforts to connect. UNDER ONE ROOF aired across Canada on CBC's The Current on April 16, 2020. BON VOYAGE
Paul Perkovic and his husband, Eric Trefelner, have lived in style for 36 years. When they find out that Paul has inoperable pancreatic cancer, they decide he should go out in style, too. Eric plans a lavish, quarter million-dollar “Bon Voyage” party at a fine arts museum in San Francisco. Paul and Eric aren’t just planning a party; they’re trying to choreograph a death. But the couple soon discovers that death has its own agenda. BON VOYAGE debuted on the BBC World Service in 2012 and has aired across three continents.