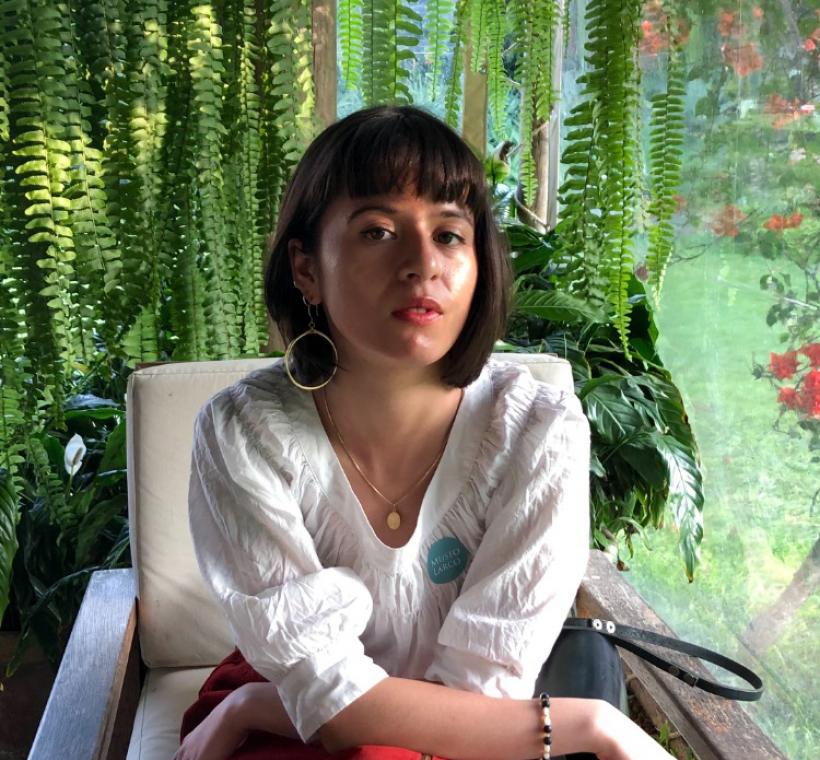 I’m a documentary audio producer and filmmaker based in Brooklyn. Currently, I’m working on the edit team for a four-part PBS biographical series about Muhammad Ali, directed by Ken Burns. I’m also a fellow with AIR and for the Karen Schmeer Diversity in the Edit Room Program. I can usually be found poring over reels of archival footage or through hours of tape.

A piece of yours (in any medium!) that you can share?

The first audio documentary piece I worked on was I Don’t Want to Shoot You Brother for FRONTLINE PBS. The piece tells the story of a police shooting of an unarmed Black man in which the officer who didn’t fire his gun ended up getting fired from his job. Working on that piece helped me develop critical storytelling tools that I rely on to carry out my work today. The story’s producer, Sophie McKibben, and reporter Joe Sexton taught me how to approach stories with both unflinching balance and compassion.

My passion for engaging with archive began with my film Las Memorias de los Negativos. I profiled a Cuban photographer who took thousands of photos documenting life during Cuba’s devastating economic crisis in the '90s. At the time, he didn’t have the money – and the island didn’t have the photo paper – to turn the negatives into prints, so he held onto them for over a decade. Years later, as photo paper began trickling into Havana’s black market, he began developing them one-by-one. I filmed him in the darkroom as he processed these negatives, and I felt completely overwhelmed by the power of preservation as proof of being alive, of experiencing hardship, and knowing that you survived.

"I’m so impressed with the fearlessness I’ve seen in the audio world to creatively tell nuanced and complicated stories about race in America."

A professor told me that storytellers tell the same story over and over again throughout their careers. They just find endless iterations of that story in different individuals, memories and periods of history. I’m in the process of finding the singular story at the heart of all the stories I want to tell and am drawn to, but I’m absolutely obsessed with this idea, the poetry behind it, and the journey people take trying to find their story.

I’m currently listening to Invisibila’s White vs. White? And I am hooked! I’m so impressed with the fearlessness I’ve seen in the audio world to creatively tell nuanced and complicated stories about race in America.

An apple with crunchy peanut butter