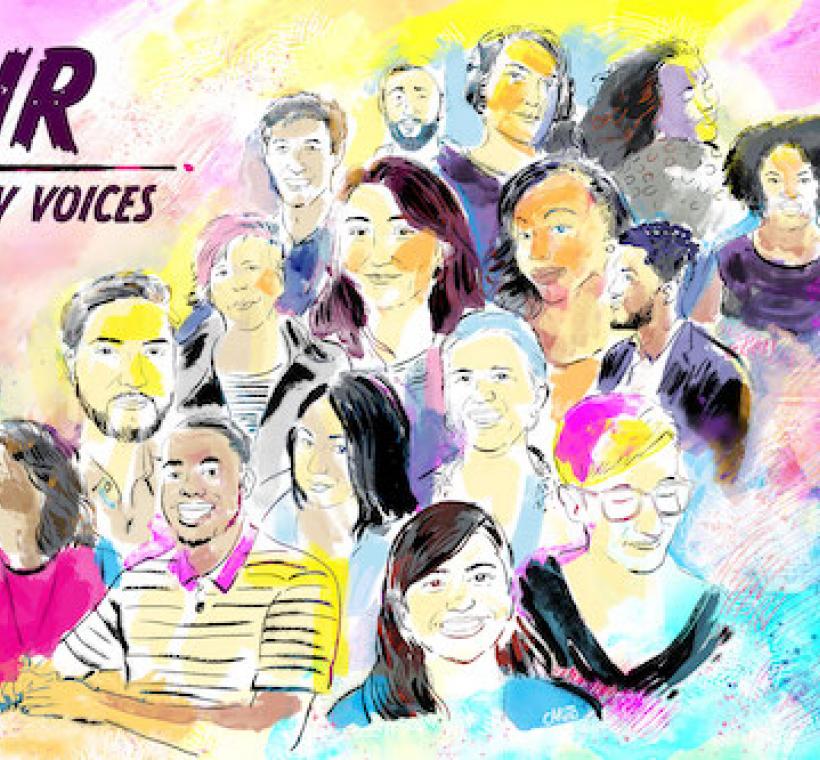 Hailing from Anchorage, Alaska, to Tijuana, Mexico, these rising storytellers are passionate about politics, women’s rights, gender, race, class, cross-border narratives, and more. Applications this year were flooded with talented voices from diverse backgrounds and experiences. We’re pleased to include four honorable mentions who will receive funding to cover their Third Coast Conference registration.

Meet everyone and listen to their work below! Spread the joy and shout congratulations using #AIRNewVoices. 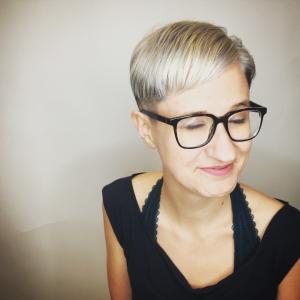 Oliver-Ash Kleine (they/them) formerly known as Ashley Dejean works as a podcast producer at Girls Who Code and is also developing an independent storytelling podcast. Previously they worked as an editorial fellow at Mother Jones, where they developed The Mother Jones Podcast, and before that, Ashley worked at WAMU where they spearheaded an innovative storytelling initiative. They make audio magic and thrive when finding new ways to push the boundaries of audio storytelling while dreaming of a world with truly diverse newsrooms and thoughtful trans storytelling. Social: @ashleydijon

Madelyn Dorta (she/her) s a writer, audio creator, and producer. She is one of a three-part creative sibling team that operates under called Wrightwood Studios located in the Midwest. Madelyn has a passion for audio storytelling and advocating for authentic and diverse works. Social: @bookishowlet 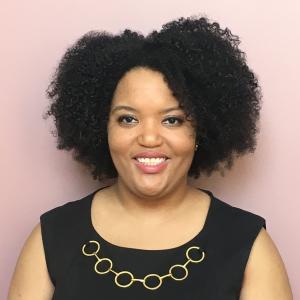 Jasmine M. Ellis (she/her) is an audio reporter/producer who has a passion for covering politics and social justice issues. Most recently, she was a radio reporter at Mississippi Public Broadcasting. Her work has appeared on the radio for WHYY, The Atlanta Journal-Constitution’s Politically Georgia podcast and in USA Today. An aspiring White House correspondent, Jasmine has interviewed politicians on Capitol Hill and covered stories at the White House. She is also a 2016 White House Correspondents' Association scholarship winner. Jasmine is an alumna of Spelman College and Northwestern University’s Medill School of Journalism. Social: @JasmineMonet_ 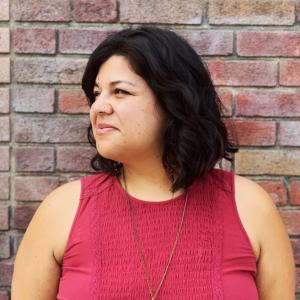 Andrea Gutierrez (she/her) produces interviews and features for The Frame, a daily arts and culture radio show by NPR station KPCC. She is drawn to stories about the intersections of gender, race, class, and ability in arts and culture. Her work has appeared in print, digital, and audio in various outlets, including BBC World Service, The Current (CBC), LAist, The California Sunday Magazine, Marfa Public Radio, Bitch, make/shift, Huizache, and the Los Angeles Review of Books. Andrea received an MFA in creative writing at the University of California, Riverside, and B.A. in German studies at Scripps College. Social: @AndreaGtrrz 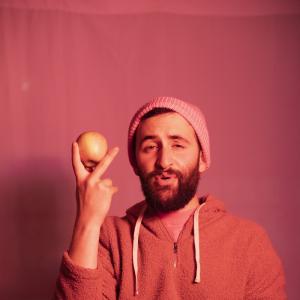 Alan Lilienthal (he/his) was born in Mexico City, raised in San Diego, learned a lot in New York, and currently lives in Tijuana, Mexico. He is fascinated by the unique dynamic that exists between Tijuana and San Diego and has dedicated his life to exploring and nurturing its culture. He is the host of the new KPBS podcast Only Here, which features cross-border stories about the culture, art, and events that could only happen at the collision point between two cultures. He is the founder of tulengua, a bilingual hip-hop supergroup with members from Tijuana, San Diego, and Rosarito. 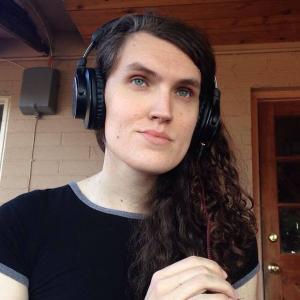 Jaye McAuliffe (she/her) is a sound nerd from Phoenix, Arizona. She is an associate producer at KJZZ and a freelance reporter focusing on stories about the intersection of art and gender. She cofounded the podcast We Must Ignite, a show about people from marginalized communities trying to make it in the arts. She specializes in building podcasts with extremely low budgets. In her free time, you can find her listening to experimental noise music and recording random sounds for future projects. Social: @jmcauliffemedia

Kevin McLean (he/his) thinks there should be more animals on the radio, preferably wild ones. Kevin has spent more than a decade in wildlife research, he has a Ph.D in ecology from Yale and is a recent graduate of the KALW Audio Academy. In addition to science and the environment reporting, he also loves comedy and obscure sports. But animals are always at the top of his pitch list. Social: @mclean_ka 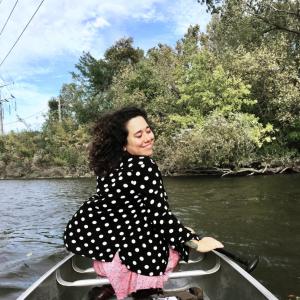 Ari(el) Mejia (she/her) is a Chicago native who came to radio production through reproductive justice organizing and education. She believes storytelling is foundational to social change, and is interested in the accessibility and power of audio as a medium. She makes immersive audio experiences and has worked as a producer for Mic Check, a podcast from the Third Wave Fund and The Shape of the World. She's the Assistant Director of Features at CHIRP Radio, a Chicago community radio station where she curates & produces interviews with local artists. She is the instructor for the After School Matters Youth Radio program. 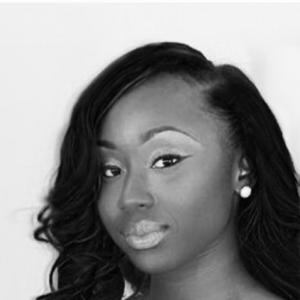 Regiane Mosley (she/her) attended Xavier University of Louisiana. She has a five-month old son, Zane, who pushes her to achieve great things every day. She is 22 years old and was born and raised in New Orleans, Louisiana. She loves her city and its culture. She currently lives in the Fischer Housing Development. Being from such a vibrant yet poverty stricken city has helped her become the storyteller that she is today. One day she hopes to have her own show on the radio. She wants to share people's stories. 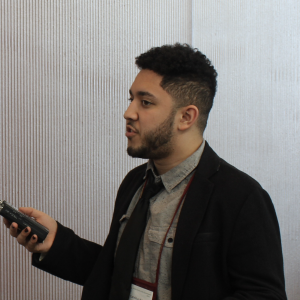 Cornilius Nelson (he/his) is a 19-year-old from Anchorage, Alaska. He recently graduated from Bartlett High School. He works as a Youth Peer Educator at Cook Inlet Tribal Council, teaching curriculum that incorporates Alaska Native values while informing the youth about contraceptives, reproductive health, and healthy relationships. He also works as a youth producer at the Alaska Teen Media Institute (ATMI), where he has produced award-winning radio stories. Cornilius is a regular host on ATMI’s monthly radio show In Other News and a producer of its new podcast. 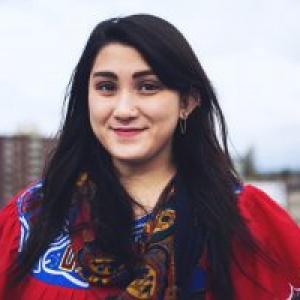 Diana Nguyen (she/her) is a born and bred Texan from Houston. She reports for Marfa Public Radio where she also hosts and produces the interview program West Texas Talk. Nguyen studied Radio-Television-Film at the University of Texas, was a student at the Transom Story Workshop, and was a Next Generation Radio Fellow in 2017. Her work explores the stories and forces that shape the people and places of Far West Texas. Social: @_dtnguyen 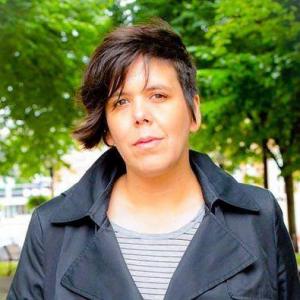 Melissa Olson (she/her) is a mixed-heritage Native woman who makes her living as a writer and producer of independent public media. The daughter of an Ojibwe adoptee, her award-winning audio documentary Stolen Childhoods (on Soundcloud) was produced in collaboration with KFAI producer Ryan Katz and edited by Todd Melby. She also consults with TerraLuna Collaborative, an art-based developmental evaluation firm. Melissa attended the University of Minnesota as an undergraduate, and was a proud recipient of a MacArthur Fellowship in 2003 for her graduate work in American Studies. Melissa lives in Minneapolis with her boyfriend John and their bulldog Bronson. 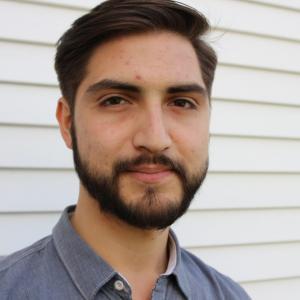 Enrique Pérez de la Rosa (he/his) is a Seattle-based journalist and graduate of the University of Washington. Enrique is a reporter for Northwest Public Broadcasting covering agriculture, immigration, rural health and education in Washington state’s Yakima Valley. Enrique's love for public radio began through an All Things Considered internship at KNKX in Seattle. Over the winter of 2018, Enrique was KCAW's Community Journalism Fellow in Sitka, Alaska, where he learned the impact of reporting in a town of less than 9,000 residents. Before then, he worked at CimacNoticias in Mexico City, a non-profit dedicated to reporting on women's human rights, where he told the stories of women who were wrongfully incarcerated for murder after killing aggressors in self-defense. Social: @ByPerezDeLaRosa 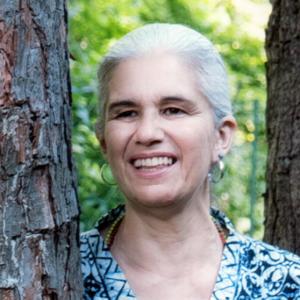 Maria Patricia Slee (she/her) was born in New York City to a bi-cultural and bilingual family. She studied industrial design, and later became a writer and musician, which awakened her passion for storytelling. After beginner courses at BRIC Arts Media, she completed the Podcast Certificate Program at Made in NY Media at IFC (Winter 2019), and is diving into a new career in audio. Her desire is to explore the complexity of Latino identity, and also celebrate those human connections that exist across imagined boundaries. Current projects: the story of a cumbia fan who jumped on stage at a concert, and the unexpected consequences; the formation of sisterhood in a Latina writers group; and how a non-profit runs creative workshops that give voices to members of under-heard communities.

Anjuli Sastry (she/her) co-produces the NPR podcast and national radio show It’s Been a Minute with Sam Sanders. A South Indian woman from the San Francisco Bay Area, Anjuli started her career in audio production on NPR’s All Things Considered, where she lead produced a 25th anniversary series on the Los Angeles riots, reported by Kelly McEvers. She has produced shows at KCRW and Marketplace. Her reported work has appeared on Morning Edition and Weekend All Things Considered. She is an alumna of the University of California, Berkeley, and Columbia Journalism School. She co-leads the NPR Women of Color Mentorship Program. Social: @AnjuliSastry 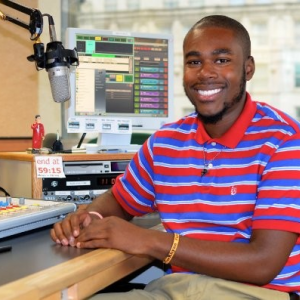 Ross Terrell (he/his) graduated from the University of Missouri before being selected as Wisconsin Public Radio’s first ever Second Century Fellow. He’s now a reporter in Atlanta for Georgia Public Broadcasting. He’s covered issues across the board from the 2016 presidential election in Milwaukee, to Super Bowl 53 in Atlanta to the aftermath of Hurricane Michael in south Georgia. His work has been featured on NPR’s Morning Edition and All Things Considered and has been a part of award winning coverage on stories across the state of Georgia. Social: @RossTerrell7

Jenny Casas (she/her) is a reporter on WNYC's podcast, The Stakes. She is New York based, via Chicago, where she reported on and produced Season 1 of USA Today's first narrative podcast about a 6-story tall illegal dump, The City. Before that, she led reporting teams with City Bureau covering restorative justice in Cook County's criminal courts, and church-owned properties as a motor for gentrification. She was a daily reporter at St. Louis Public Radio covering power, immigration, and political protest. A California native, Jenny got her start in radio as a KQED news intern. At the end of the day, her reporting is geared towards generative reporting practices over extractive ones. Social: @jnnsmn

Isabeth Mendoza (she/her) is a bilingual public health researcher turned Independent Producer. Her stories focus on health, identity and immigration. Isabeth's work has been heard on Roxane Gay & Tressie McMillan Cottom's Hear to Slay podcast, NPR Weekend Edition, NPR's Code Switch, and NPR's Embedded. Isabeth is a Gwen Ifill Fellow, a Next Generation Radio alum and a past NPR National Desk Intern. Isabeth was born in Bell, California and now lives in East Los Angeles where she is dreaming of ways to bridge podcasting and health equity. Social: @IsabethKahlo

Sonia Paul (she/her) is a freelance journalist and audio producer. Her stories focus on power, powerlessness, culture and identity. They have aired and published in outlets including NPR, PRI, KQED, 70 Million, The New York Times, Wired and Harper’s online. From 2009 to 2011, Sonia founded and produced Shizuoka Speaks, a podcast on racism, immigration and education in Japan. From 2013 to 2015, she freelanced while based in Lucknow, India. In 2017, she was named a senior fellow with the Schuster Institute for Investigative Journalism. Sonia is currently based in Oakland, California. She frequently covers the South Asian diaspora. Social: @sonipaul

Abby Madan (she/her) is an independent journalist and freelance audio producer. She interweaves sound and story to spark discovery, build empathy, and cultivate community. Her work has featured on NPR's WNYC, KJZZ, WCAI, WOUB, on the podcast network Canadaland, and in museum exhibits. She is a graduate of UC Berkeley, the Transom Story Workshop, and was once an NPR Next Generation Radio fellow. She is the producer/editor of a forthcoming documentary podcast, Historically Queer, about the lives of QTPOC activists throughout the decades. She co-created Amplify, the storytelling conference for people of color. Social: @abby_madan