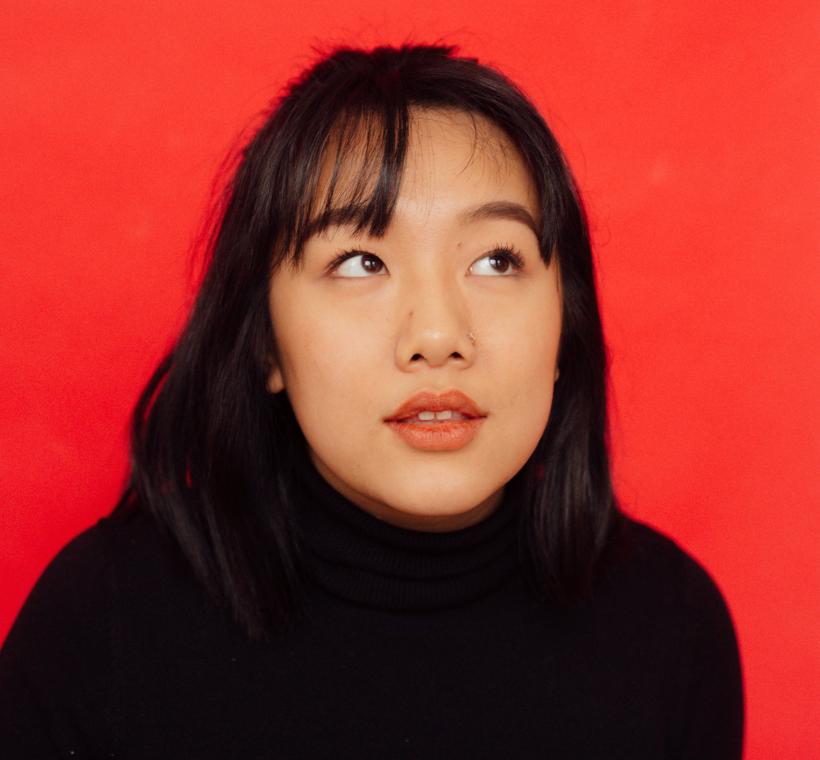 I’m an audio producer from Minnesota now based in Los Angeles. Currently, I’m working as an AP at Little Everywhere, a podcast production house where I help make a mix of talk and narrative shows. Before that, I spent some time at NPR interning for Code Switch and then producing for All Things Considered. My karaoke song is Fergalicious (the duet version where I’m usually will.i.am.)

Far from my best work but the first news segment I remember solo producing for the radio was about the MLB penalties imposed on the Houston Astros after their sign-stealing debacle. I was really eager to please and was given a couple of hours to find a guest who could explain the ruling and draft questions for the host to ask live on air. The biggest problems were 1) up until that point I thought the Astros were a hockey team and 2) I didn’t know what sign-stealing meant.

Things ended up working out thanks to my very kind editor and a colleague who had a list of his favorite sports reporters ready to go. The segment doesn’t mean much to anyone except me but I listen to it sometimes to remember how much I’ve grown and to remind myself that sometimes the best way to accomplish things is to just do them.

Mostly that I find it really pleasurable! I used to think that in order to be a creative person, I would have to be able to write novels or something like that but my idea of story has expanded over the years. To be honest with you, I hate writing and I so admire people who are good at it. Even the three sentences you read before this one took me an excruciating 30 minutes to spit out. I don’t come from a particularly bookish family and I don’t have the most imaginative vocabulary but I am good at feeling things and recognizing moments that are meaningful (which is maybe why I find a lot of comfort in audio). You can’t make someone empathize with others but I think you can create a story environment that is ripe for empathy. I like observing and being in conversation with people to absorb what they’re gracious enough to offer. Taking that and making it part of something bigger is a really enjoyable process for me that’s full of surprise and challenge.

The world of audio can often feel very lonely, at least for me, when you don’t have the people and resources to guide you especially early in your career. NV has really opened the door to a new community of people I may have never met otherwise. I feel extremely lucky to have the cohort that I do and to be paired with such a thoughtful mentor.

I’m obsessed with the Fast & Furious series so the pod I’m listening to right now is the Iconography episode about Vin Diesel.

My F&F movie rankings from best to worst:

Have you ever watched High Maintenance? It’s an anthology TV series about a dude in New York who delivers weed on his bike but you don’t really spend much time with the guy because each episode centers on a different customer of his and paints a little portrait of their life. In one of the episodes, they create a fictional This American Life staffer and follow her around as she tries to solidify her story pitch. There are a few scenes where she’ll just record thoughts into her phone or the closest recording device as she walks down the street or sits in bed. She even tries to passively capture an argument between two strangers. A friend texted me after watching the episode and was like, “Oh, this is what you do for work?” and honestly yeah, kind of. I use voice memos to record everything: work notes, personal journals, random ambi, story pitches that come to me at 2am, conversations I want to remember.

Oh! And the Rev Call Recorder to save phone calls.

Everyone wants a newsroom that “reflects America” but I would love to see executive commitments to that on the financial and staffing levels — more entry-level positions that pay a living, expansive coverage of marginalized communities, people of color in staff positions up and down the ladder, stronger worker protections, etc.

At the moment, I’m really interested in work that feels intimate where the creator isn’t a neutral force within the story but someone who’s driving it. I want to live somewhere between journalism and art and listening to portraits like these are comforting as I navigate that transition.

Would love to meet more people in our industry! Please feel free to DM me on Twitter @angvaj.