Webinar: What We’ve Learned About Kids Podcasting with Brains On! 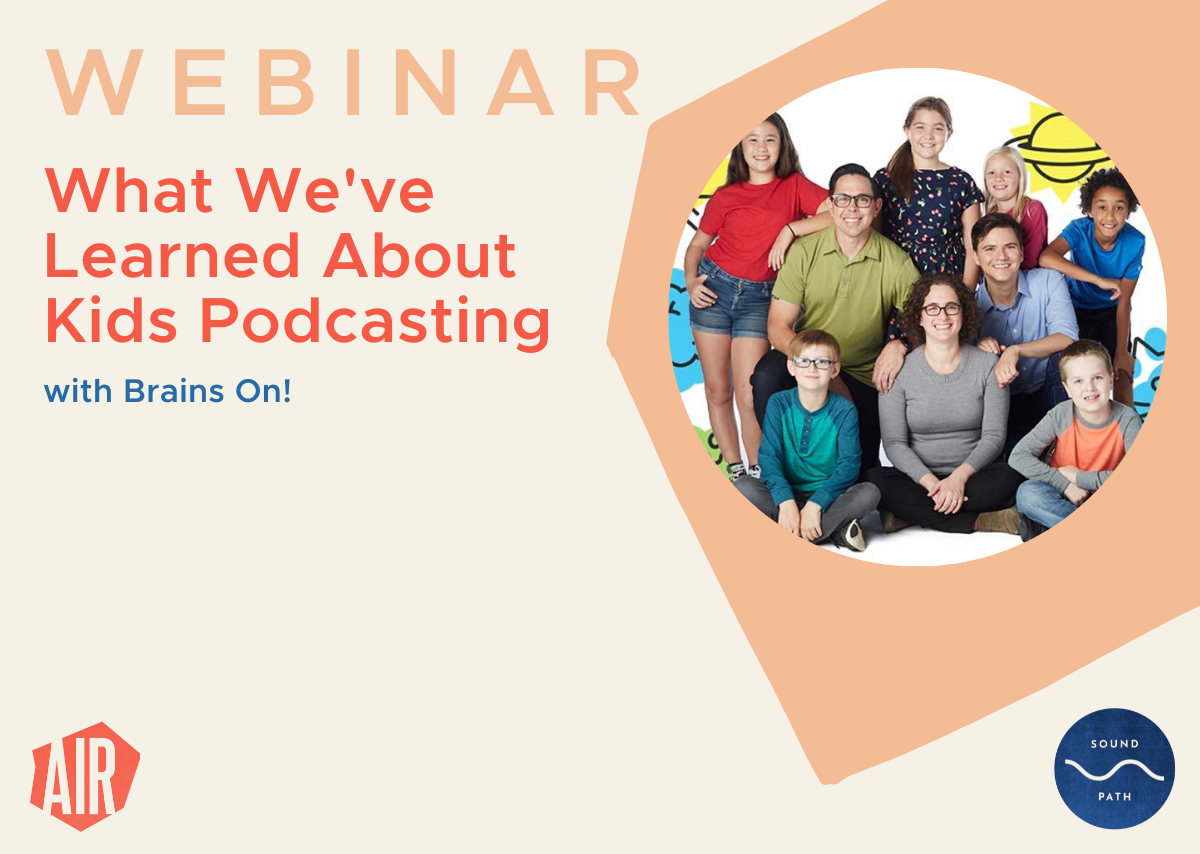 When Molly Bloom was in college, she hosted a radio show for kids. She graduated and started a career in public radio, but the idea of making something for young listeners never really left her head. Later, she asked her Minnesota Public Radio colleagues, Sanden Totten and Marc Sanchez, if they wanted to try making a podcast just for kids. Why not?!? It took about a year for the first episode to come out, but they did it.

Soon after, kids started writing in, then parents began telling each other about this fun, educational, SCREEN FREE podcast. The momentum eventually landed the trio full-time jobs producing the show. And then bam! Seemingly out of nowhere, but actually out of UC Berkeley, Menaka Wilhelm showed up. An actual scientist with a passion for science communication.

Now, there’s a small but mighty team that has enabled the show to grow beyond the science podcast. Spinoffs, Smash Boom Best and Forever Ago are all part of the ever-growing list of shows that are helping to shape the landscape of kids podcasting.

Join the creators of the award-winning Brains On! as they share what they have learned about making podcasts for kids and families over the last 10 years, including research from the Minnesota Science Museum, in this previously recorded webinar.

The recording of this webinar is available to the public for free. Watch this recording on SoundPath.