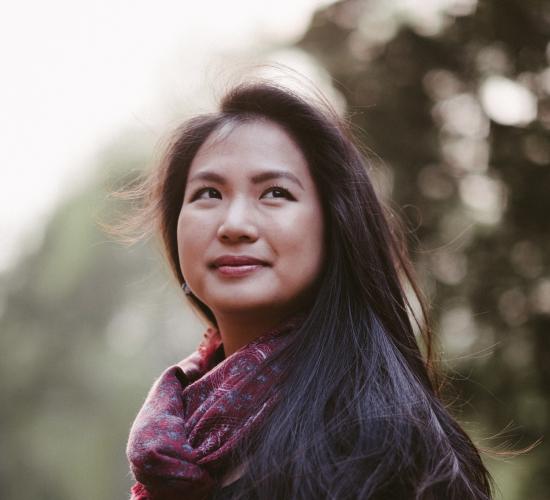 Stephanie is an audio producer, researcher and writer, who combines an academic background in social sciences and policy with a love for international storytelling.
Member since 2021

Stephanie is available for

I'm primarily available for consulting and editing, and especially interested in working on new fiction/narrative, diverse voices, and popular science podcasts. However, I'm curious about most things and always open to new opportunities, so please reach out if you have another collaboration in mind!

Stephanie Tam is an audio producer, researcher and writer. She has worked for various podcast shows and studios, including Freakonomics Radio, Radiolab, and Maeve in America, and WNYC Studios. She's also helped to produce new series for First Look Media, Theos Think Tank, the Centre for Effective Altruism, and NYT-bestselling author James Clear.

As a producer, she’s known for her ability to swiftly metabolize a wide range of interdisciplinary material and to craft compelling narratives around complex issues. Special research and reporting interests include psychology, immigration, behavioral economics, postcolonial politics, sociolinguistics, and medical history — but her omnivorous curiosity means those interests expand to just about anything, from the science of trees, the calculated risk of playing football, and the economics of altruism, to the quirky history of invented languages.

She is also working on a hybrid, fantastical novel about an immigrant family that spans three generations, two continents, and an ocean across which dreams were lost. Her literary agent is Clare Alexander.

Radiolab: From Tree to Shining Tree
As an intern at Radiolab, I helped to produce an episode on the wonder-filled underground network of forests. During the course of several interviews and a reporting trip to the New York Botanical Gardens, I learned the art of listening not only to people, but also trees. “A forest can feel like a place of great quiet. But dig a little deeper, there’s a hidden world…"
Maeve in America: The Dan-el Episode - Odyssey of the Undocumented
For First Look Media's MAEVE IN AMERICA, I produced this season finale in which Irish comedian Maeve Higgins follows the incredible Dan-el Padilla Peralta on a journey to rival Odysseus — from an undocumented child living in NYC homeless shelters to a professor at Princeton, and his epic fight to become a legal US resident.
Theos Think Tank: Reading Our Times
I served as an independent consultant and founding producer for Theos Think Tank, helping to develop the concept and produce the pilot episode for a new interview-based podcast show hosted by Nick Spencer: READING OUR TIMES.
The Believer: A Tale of Two Tongues
Based on my reporting adventures with the modern-day Esperanto community, I wrote this feature essay exploring the language politics of English and Esperanto — the first driven by global imperialism, the second invented by a Jewish ophthalmologist. I was subsequently interviewed by KERA's Think about the story. 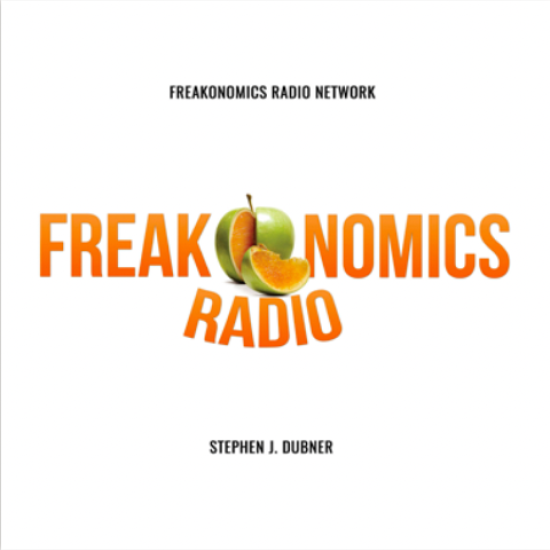 Freakonomics Radio: Bad Medicine Series
As a staff producer at Freakonomics Radio, I produced roughly two dozen episodes over two years. One of my favorites was a three-part series that placed the hidden side of medicine under the telescope. The episodes shed light on centuries of trial-and-error and the (surprisingly recent) rise of evidence-based medicine. They ended up being some of the show's most downloaded episodes.

For the series, I identified and researched the stories, booked the guests and studios, conducted over half the interviews, and prepped the host for the rest of the interviews. I also scripted and fact-checked the episodes in editorial collaboration with the host and executive producer, and worked with our technical director on sound design.
Freakonomics Radio: Why Learn Esperanto?
Ever wondered what it would be like to walk into an enchanted village that only appears once a year? That’s a bit like how it felt undertaking my curious reporting adventures in Esperanto-land.

I pitched, reported, and produced this special feature for the Freakonomics Earth 2.0 Series. I also conducted the research, interviews, and scripting.
Freakonomics Radio: 5 Psychology Terms You're Probably Misusing
This episode was one of the most popular Freakonomics episodes. It was full of twists, an unsettling cautionary tale in humility against sensationalist journalism. We like to play psychologists in our everyday lives, but there’s a danger in pushing our wonder buttons with pseudo-science...

I took this episode from pitch to finish: identifying guests, storyboarding structure, conducting interviews, prepping the host, scripting, fact-checking, and advising sound-design and social media. I worked closely with the executive editor and show host on all the edits and final revisions.