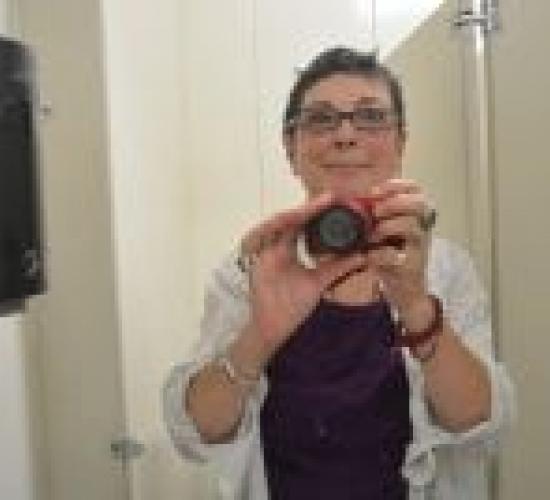 Asks the questions interviewees at first would rather not be asked and are then grateful anyone cared enough to do so. Not into coloring books; can't grasp the notion of "adult coloring books" when no one's compelling the colorer to mind the boundaries.
Member since 2001

Karen is available for

--Host, interview, produce, write, coach, doctor, mindstorm ideas.
-- Develop my petprojectpodcast, "Venus Over 50," for and about women of at least a certain age and everyone who will become or be around one. But need to find the $ to do so.
--Arts and cultural reporting and rambling to support myself and family, per former usual.

Starting at age 5 on "Kids Say the Darndest Things" Karen Michel has continued to do so. A long-time independent radio producer of all things cultural, she has also reported on politics, the environment, and science as a documentarian, journalist and audio artist. Michel also has a long track record as an educator/trainer for NPR, teens all over the country, radio stations, individuals and colleges and universities. In her lengthy career, Michel has won numerous national awards and national and international fellowships and also worked in television, as a still photographer, exhibiting visual artist, and as a performer with her obsessive projects"Live?Die?Kill?: 3 Questions in Various Geographies" and "Stories To Go." Oh, yeah, and these days Michel's working on podcasts, of course. It's called "Dropping In," from the Omega Institute of Holistic Studies. Yeah. Bless Art Linkletter. ...And an upbringing that encouraged asking questions, being sometimes obnoxiously curious, and considering "no" an acceptable answer.