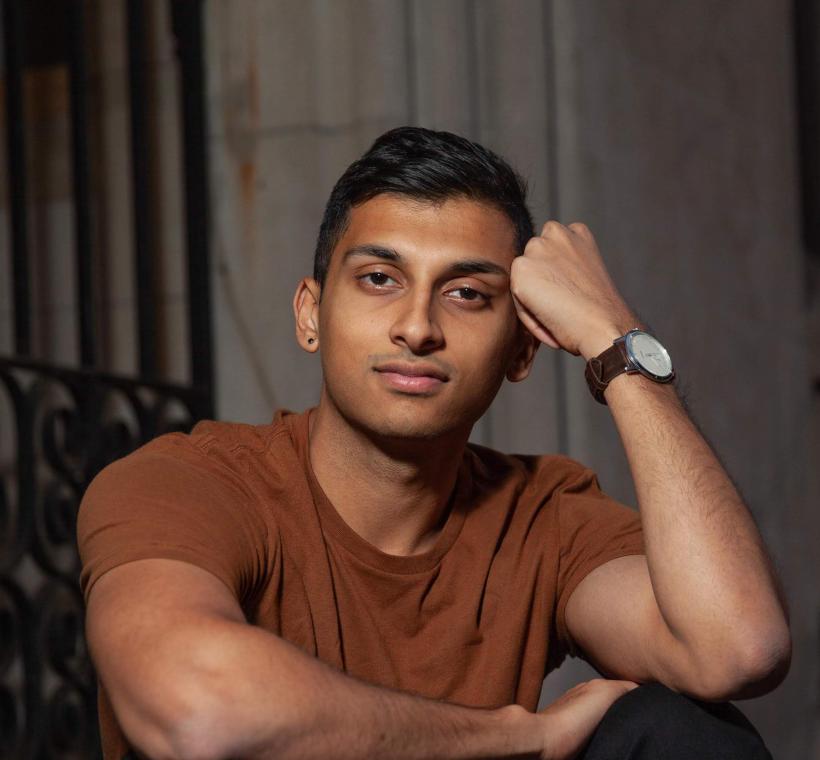 I’m a queer, first generation Indian-American journalist based in NYC. My work centers around the idea that shame exists because representation doesn’t. Growing up Queer, Catholic, and in the South, shame is interwoven into my own story.

When I was 21 and came out to my family, I had an epiphany. I realized my shame never belonged to me. It was society’s shame that I accepted. Ever since, I’ve been obsessed with the stories of everyone else who has had a similar revelation: “the shame was never actually mine.”

I’m currently a graduate student at Columbia Journalism School. In my free time, I love cooking for my friends, exploring New York, and chatting with new people at my local dive bar.

“Shame of Murder”, an episode from my podcast Unshaming. I interviewed Quan Huynh. He killed another man in gang-related violence and was charged with second degree murder in 1999. His story is not about crime though — it's about how he began to see himself as a human being. In a society where people who commit crimes are seen as worthless, Quan always saw himself this way too. After years in and out of prison, he began to understand that he too was a person. A person with unresolved grief and failures like everyone else. But also, a person worthy of having ambition and achieving his dreams.

Storytelling is healing for me. As a journalist, you’re always telling the stories of others. But sometimes — when you’re really lucky — you realize the very people you’re profiling are telling your story. A story that you can see yourself in. During the uncertainty, the heartbreak, and the loneliness of the pandemic, it was storytelling that gave me hope and connection to my fellow human kind.

I’m excited to join a community of other passionate storytellers. I admire the groundbreaking work my peers are doing in their respective fields. I’m excited to learn from them!

Renegades with Barack Obama and Bruce Springsteen. I think it highlights everything that’s amazing about podcasts. It’s so intimate and conversational that I feel like I’m literally in the same room as them. It’s about the complexities of American life, cycles of toxic masculinity, and family. I listen while I’m cooking or on the Subway.

Listening. I spend a lot of time doing pre-research on the people I interview and the topics they want to cover. My best interviews though, are the ones where we detour completely. When I’m so locked into the conversation that I pick up on something that my pre-work could have never revealed. I believe there is no replacement for listening with engaged but gentle ears.

Projects that don’t just have minorities in front of the mic but behind the mic as well: leading the creative, technical, and editorial pieces.

Oprah. I started getting into her podcast, Super Soul Conversations, a few months after my first breakup. I was so heartbroken. The first cut is always the deepest (and most dramatic)! I remember listening to it and feeling a sense of hope for the first time in months, that I was going to be okay. She has become one of my biggest role models. Her curiosity, her fearlessness, and the warm climate she creates with her guests are fascinating to me. Apart from her methods and who she is, I also admire the content of her work. Her storytelling has changed the world and equipped so many young minorities , including myself, with the bravery to tell difficult yet important stories.