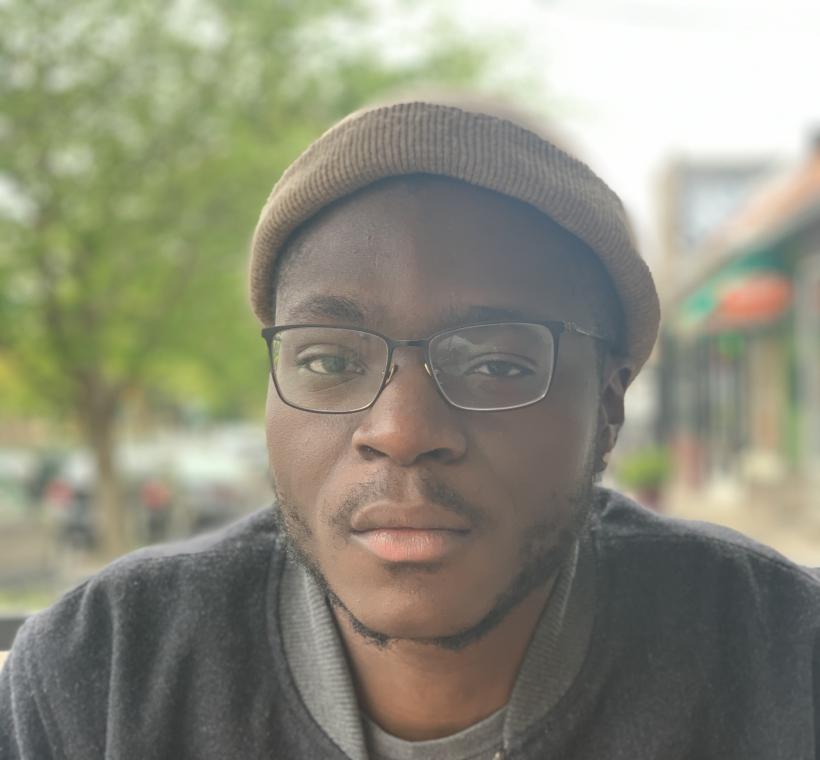 I’m a bioinformatic scientist and podcast producer. I work on genomic analyses for various studies and labs. Back in 2019 I took my background in STEM and applied it to my interest in fiction to co-create OBSIDIAN Podcast, an anthology audio drama based in Afrofuturism, alongside my friend Safiyah Cheatam. I fell in love with writing and directing for audio fiction. My interest in the podcast medium has continued to grow over the years. Now I’m producing another show for Kaytura Felix, non-fiction this time, that I’m excited to release later this year! Be on the lookout for “Griottes Beat”.

I typically point to an episode of OBSIDIAN that I wrote, “Sunset, Sunrise”. The episode follows a man stranded on an island alongside a community of biomechanical creatures only he can speak to. I think parenting is a generationally learned practice. Both trauma and joy can be inherited through our parents. I sought to explore that in a non-traditional manner via the main character of the episode, Seda. I can’t explain too much as it would ruin the twist, but I enjoyed asking the question “Who is allowed to be a parent?”. The episode was also an opportunity for me to inject my Nigerian background into my fiction in a fun way. And I think it turned out pretty well!

Fiction or not, stories have an impact on how we view one another. We engage with them because by our very nature we are an information seeking communal species. I’ve always wanted to take part in that flow of imagination and information. Octavia Butler and James Baldwin are large inspirations for the way they conveyed very real issues through the lens of fiction. I think a good story manages to challenge readers to see their world differently.

I really respect the accessibility of the podcast medium. I believe it’s one of the most important and defining traits of the medium. The New Voices Scholar program provides access to a lot of valuable resources that make production more accessible as well. And the opportunity to have a mentor with experience in the field is amazing!

October is Fela Kuti’s birthday month so I’ve been playing a lot of my favorite songs by him, like “Water No Get Enemy”. I've also been listening to Rob Rosenthal’s “How Sound” podcast, which analyzes podcast episodes to explain why they work so well. It's a great resource for anyone trying to become a better producer.

A dry-erase board! I’m a visual communicator. I like to storyboard, draw out processes, and fill in timelines. So typically my first step in a project is to pick up a marker and begin writing the components of a story. Having a large idea mapped out in front of you makes the story feel more approachable and realistic.

”Serial” got me into podcasts and “The Truth” got me into audio drama. Homecoming blew me away and its well-deserved TV adaption did the same. However, in the end I’m still trying to catch the magic of the 1938 War of the Worlds radio broadcast. This radio adaptation of H.G. Well’s novel was so convincing that it frightened the entire country. Talk about immersive!

Send me a dm on Twitter if you ever want to chat! I’m always down to talk about movies if you’re looking for an ice breaker. @undercverbrothr