Tony is available for

I’m an award-winning journalist, broadcaster, and international communications professional with 15 years with public radio, television, and new media outlets in the U.S., Germany, and Switzerland. I am a proponent of cultural literacy, exchange, and understanding, and particularly like helping retain nuance and character in interviews. My radio, video, and multimedia contributions have been published by, among others, NPR, the BBC, PRI, Deutsche Welle, Unabridged Press, and Swissinfo. I also operate as Cherry Mountain Media, offering journalism, podcasting, and audio training services. I contribute selected essays on Medium, and produce a web series on bread baking and journalism. I’m also creator, host, and curator of the Faith Full Podcast on religion, faith, and life. I’ve worked most recently as a drive-time anchor for the NPR station in Cleveland. From 2010 to June 2013 I was a Zurich-based correspondent for the Swiss Broadcasting Corporation’s English-language service World Radio Switzerland. I hold an M.A. in International Relations and World Order (with Merit) from the University of Leicester; and a Bachelor of Science Degree in Journalism from the University of Idaho. I'm a recipient of the Robert Bosch Fellowship for Young American Leaders, and the Arthur F. Burns Fellowship from the International Center for Journalists. My work has been honored by the Religion Newswriters Association (RNA); and garnered a second place National Headliner Award in 2017; three Edward R. Murrow awards from the RTDNA in 2014; a third place National Headliner Award in 2014; five Edward R. Murrow awards in 2013; among others. Please find my full bio at http://www.anthonyganzer.com/bio Our Land: A conversation about community policing
Our Land is a multimedia series of interviews and features with Clevelanders of different backgrounds, always beginning with the same questions: what should community policing look like, and how far are we from that? I developed the concept for the series; conducted 95 percent of the interviews for radio and television; produced and hosted individual radio segments, along with an hour radio special. I also created a custom Google map, which pinpoints which part of the city the interviewees are from, and directs a reader to their story. A week in revolutionary Cairo
A series of radio stories exploring Swiss connections to the Egyptian revolution, beginning with the diaspora in Zurich and then traveling to Cairo with an expat whose family still lives blocks from Tahrir Square. I reported, wrote, and produced each piece myself. WRS’s listener-base was largely in international Geneva with IGOs, NGOs, and expats. I tried to explore the changes in Egypt through the eyes of Hamed Selim, a Zurich social worker I met while reporting on homelessness. I also spoke with Swiss diplomats and some members of NGOs in Egypt to give a snapshot of the country in early 2012. 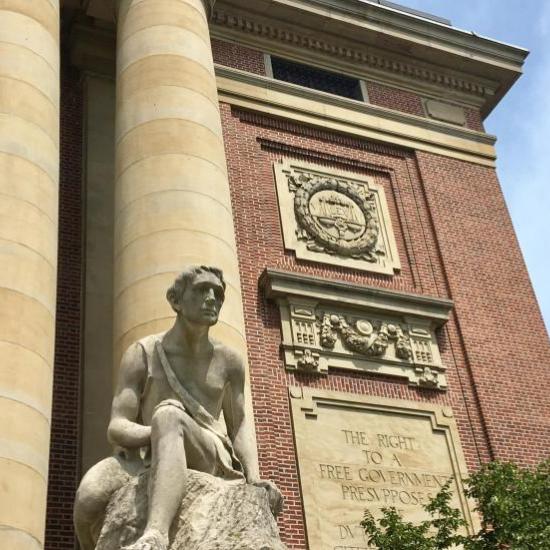 Unsettled: Immigration in Ohio
Immigrants in search of the American dream come in many forms, but the goal is often the same: more opportunity, more security, more stability. Ohio is not often thought of as a front line in the ideological battle over immigration in the U.S., but one town is uniquely positioned to help tell the story. In a series of interviews, features, and an hour radio special, I attempt to give a snapshot of the immigration reality through the voices of Painesville, Ohio, where nearly 25 percent of residents identify as Latino or Hispanic. The surrounding area is fairly conservative politically, providing a microcosm of America today.