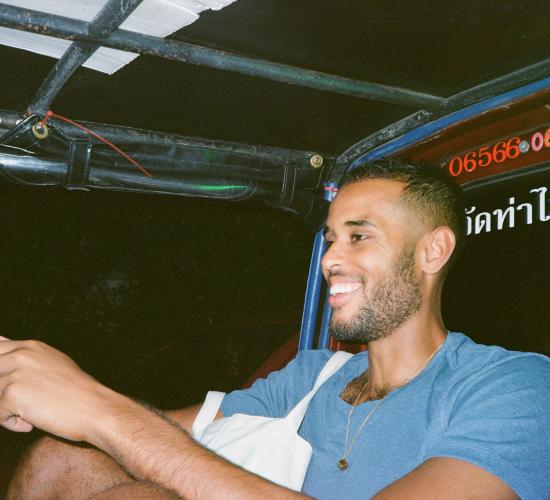 I'm a writer/director, producer, and audio producer from Atlanta based in Los Angeles. Prior to LA, I lived in New York working as a video producer for Mashable, Mic, Genius, and HuffPost. I've directed and produced films for musicians like Omar Apollo, brands like WeTransfer and adidas Originals, and plenty more.

I started my work in audio reporting about the band Edge of Daybreak and was selected into The Gotham's Audio Hub in 2020. In 2021, I joined Western Sound as a lead producer for Spotify's The Big Hit Show, producing Season 2 on Kendrick Lamar's To Pimp a Butterfly and a TBA fourth season in fall 2022.