Paul has been in broadcasting since 1975 and has experience as a producer, news and sports reporter, recording engineer, editor, on-air personality, consultant, trainer and manager. More recently Paul has been training as an actor and doing independent filmmaking.
Paul has worked at radio and television stations in North Carolina, Washington, DC, Ohio and New Mexico. More recently, as an independent radio producer, he has filed reports for NPR as well as numerous other public radio programs.
He has produced radio programs on music, popular culture, literature, media literacy and other topics that have been distributed either by NPR, PRI or independently to public radio stations around the world. His programs include a series of well-received specials on the history of The Beatles as well as documentaries on Bob Dylan, the Rolling Stones, Paul Simon, Joni Mitchell, Shawn Colvin and others. Paul is also the producer of the Peace Talks Radio series.
Paul is president of both Good Radio Shows, Inc.(a 501(c)(3) non-profit) and Cedar Creek Studios, Inc.
Paul was also under contract with NPR for 11 years as its Liaison to Independent Producers.
Paul's radio awards include the 2003 Edward R. Murrow Award from the RTNDA for Best Use of Sound in a piece produced for NPR's Living on Earth. He has also won two NFCB Golden Reels for his feature and news reporting for NPR, in addition to many Silver Reel and Special Merit Awards from NFCB. He won 4 awards in the 2008 New York Festivals Competition.
His chief projects now are long-form music documentaries that have been aired by scores of stations across the country and the public affairs series called PEACE TALKS RADIO which presents conversations about peacemaking history and nonviolent conflict resolution strategies for daily life.
The acting bug bit him around 2010 and he stated taking performance classes at Albuquerque’s Sol Acting Academy. In 2016, he released a film short which he wrote, directed and starred in called THE WEEDS IN OUR OWN BACKYARDS that won notice at several film festivals. In 2018. Paul released the feature-length feature A SOLDIER’S PASSAGE. Both films have been honored with film festival awards. His current project is a documentary called NOONTIME LEGENDS about the UNM faculty and staff group of basketball players who have been playing together regularly for 15 years and more.

Over the last nearly 20 years, public radio music historian Paul Ingles has been one of the most prolific producers of documentaries and appreciation programs about the music greats of our times. Scores of public radio stations have broadcast his programs on legends like The Beatles, The Rolling Stones, Bob Dylan,Tom Petty, Paul Simon, Joni Mitchell, Bonnie Raitt, James Brown, Prince and many many more.
10,000 GOOD SONGS
Music Documentarian Paul Ingles hosts a weekly mix of music from his multi-genre personal collection. Rock, folk, blues, Americana, classic soul, R+B, and jazz standards. Mostly album tracks and stuff you only get from public radio.

The first 52 shows in the series are FREE TO STATIONS for a limited time so you can try them out with your audience.

Artful sets, brief and informed commentary. Music intensive. Perfect as a regular show in your lineup. Perfect as a last minute replacement for a music host who can't make his/her shift.
PEACE TALKS RADIO
In a time when news of war and conflict and political divisiveness seem to fill our media, the Peace Talks Radio series tries to take back some media real estate for talk about making peace in our daily lives as well as to provide information on topics that relate to a more peaceful world – locally, nationally and globally.

There are scores of hours (with newscast versions) already produced and more on the way each new season. New episodes are added to PRX every month.
OUR TOP STORIES
Reporters ask people "If YOUR life was a TV Newscast, what would be your top story RIGHT NOW?" The result is a refreshing montage of what REALLY are the stories people in a given community care about the most.
TALK MUSIC WITH ME
Extended interviews with musicians and music writers from Paul Ingles' archive.

In producing dozens of music history documentaries and appreciation programs over the years, producer Paul Ingles conducts extended interviews with musicians and music writers to find the clips that he weaves into his multi-voice programs. But much good conversation often goes unheard so that talk gets more complete attention in this occasional series. More like a musician's visit to Charlie Rose's table, this presentation focuses on the words of the guest with music sprinkled in as punctuation, the opposite of Paul's other programs which highlight the music with the talk sprinkled in. Early shows include Bonnie Raitt, guitarist Steve Cropper, Taj Mahal, JD Souther, .Bar-Kays bassist James Alexander, original CCR and Lynyrd Skynyrd members. Words on music on TALK MUSIC WITH ME from Paul Ingles. 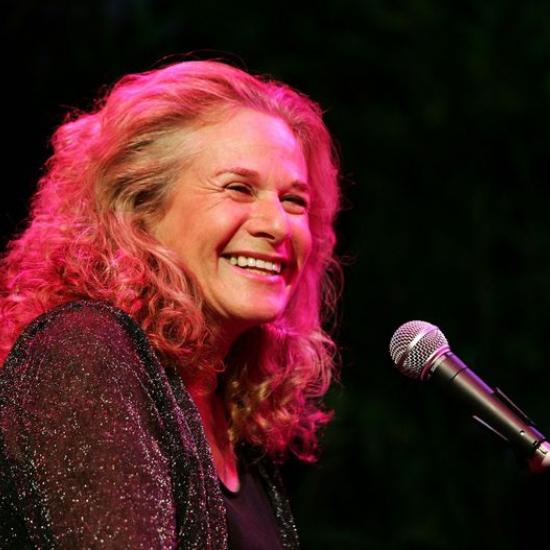 The two-hour program includes more material exploring King's remarkable career before and after TAPESTRY in addition to the close-up, annotated listen to the legendary album itself. 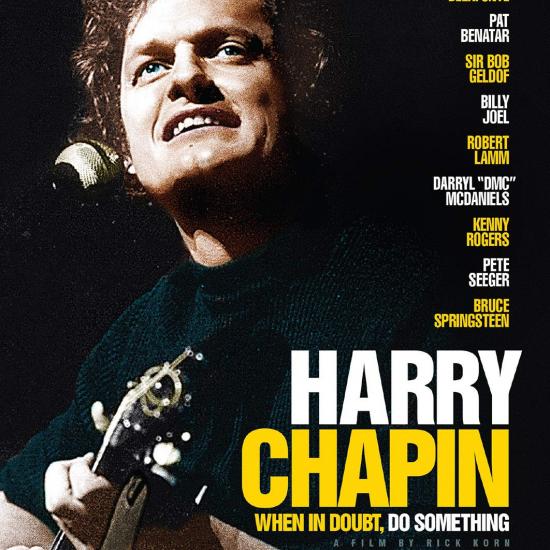 TALK MUSIC WITH ME: The Music and Philanthropy of Harry Chapin- Hour 1
AVAILABLE NOW AT THE PUBLIC RADIO EXCHANGE 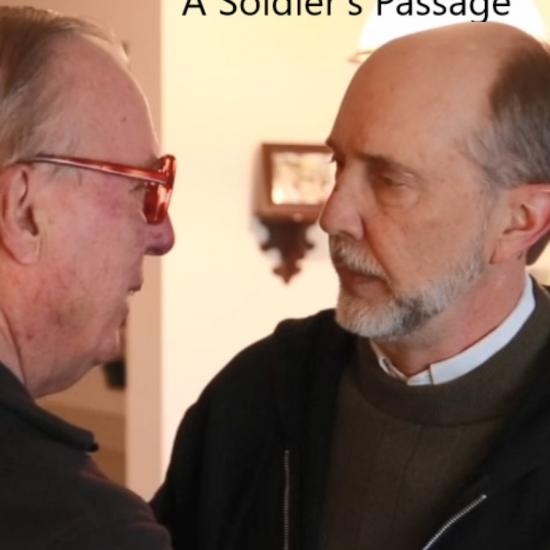 The full-length feature film A SOLDIER'S PASSAGE is a mildly fictionalized account of the final months of Paul's own father’s life, a former World War II veteran.

The film tracks the 9 months from the fall of 2015 to the summer of 2016 when the father character, Tom Williams, now widowed and 93, begins to see his health slide after some fainting spells at the retirement home and subsequent visits to the hospital.

Tom's three adult kids, spread out across the country, have differing opinions about whether to place their dad in hospice care with 24/7 Home Health support, something Tom is adamantly resisting. A long-planned trip to Australia for Jane and her family forces a decision on his care. 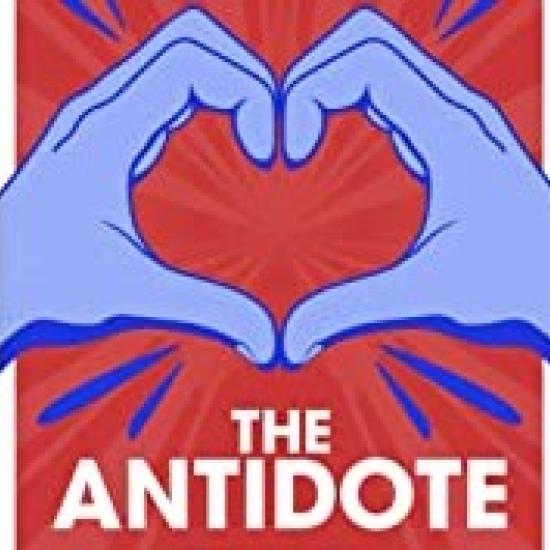 PEACE TALKS RADIO: Kindness and Compassion on Display in Film Doc “The Antidote”
On this episode of PEACE TALKS RADIO, we consider a 2020 film documentary made in response to the times we are living in. The Antidote is a feature documentary that weaves together stories of kindness, decency, and the power of community in America. It's about everyday people who make the intentional choice to lift others up, despite the fundamentally unkind ways of our society, which are at once facts of life in America and yet deeply antithetical to our founding ideals. Host Paul Ingles talks with the film's directors: Academy Award-nominee Kahane Cooperman, and six-time Emmy winner, John Hoffman. We also hear from 2 kindness agents who are featured in the film.