I'm an award-winning freelance reporter based in southwest Colorado. I've covered the Western Slope of Colorado since 2014. I've worked at public radio and television stations in Phoenix, Tucson, and Paonia. My work has aired on NPR, the BBC, Marketplace, Harvest Public Media, and the Rocky Mountain Community Radio exchange. I was a 2015 fellow for the Institute for Justice & Journalism. My fellowship project, a three-part-series on the Karen refugee community in Delta, CO, won a regional Edward R. Murrow and an Award of Excellence from the Colorado Broadcasters Association. I also has experience as a videographer and video editor. I graduated summa cum laude from the Walter Cronkite School of Journalism at Arizona State University. 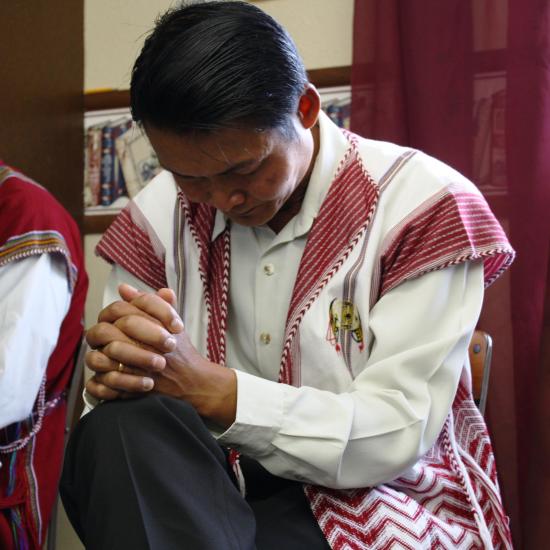 From Rural Myanmar to Rural Colorado
Violence and fear has repeatedly forced the Karen, an ethnic minority, to move. Tens of thousands left Myanmar, where they were persecuted by the military government, and went to refugee camps in Thailand. From there, some were accepted into a refugee resettlement program in the United States and sent to large metropolitan areas including Denver. But as KVNF's Laura Palmisano reports, about 100 Karen in Denver decided to move again. Worried about life in a big city and the influence of gangs on their children, they settled in Delta, a predominantly white town of 9,000 people. In a three-part series, Laura details the struggles of the Karen with language and fitting in, and the triumphs, including going to college and buying a home. This series is part of a reporting project for the Institute for Justice & Journalism’s 2015 fellowship on immigrant families.