Jackie is available for

Jackie is a freelance audio reporter and producer based in New York. She recently reported features and daily turnaround stories about rural Utah for Utah Public Radio. She has previously reported stories for WNPR’s Morning Edition and All Things Considered programs. Previously part of WNYC’s Studio 360 team, Jackie cut tape and pitched arts and culture stories for Kurt Andersen. 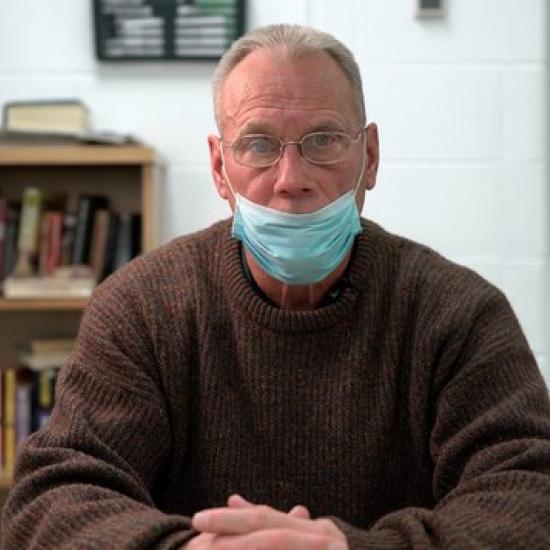 The Clemency Reporting Project
As a kid, Bobby Ehrenberg was popular, smart and athletic. He grew up in a nice home in the Long Island suburbs and was brimming with potential. But this seemingly idyllic childhood was not as perfect as it seemed and by his twenties, Bobby was in and out of prison and struggling with drug and alcohol—addictions that would eventually lead him to murder an innocent man in 1992. In this episode, Bobby tells us about his childhood and young adult years, trying to explain how a kid with so much potential could fall so far. After The War
David Aukland, 80, grew up during the London Blitz, the 1940 Nazi bombing campaign in England. Aukland, now living out his retirement in Irvington, New York, didn’t know a life without war. He was a baby when his father left England to join the airforce. When the war ended, his father’s return revealed a family forever changed by the war.
Surviving The Holidays Solo
Public officials are advising US residents to hunker down this winter and not travel. For the people heeding that advice, however, many will be spending holidays without family for the first time. Jackie Harris speaks with clinical psychologist Dr. Marsha Brown about taking care of yourself during an unusual, and potentially lonely holiday season.

Remembering Utah's Black Pioneers
When Robert Burch was a kid, he didn’t idealize the cowboys on TV.

“When I grew up in the sixties, all the cowboys on televisions were killing Native Americans, and there were no Black cowboys and no Mexican cowboys,” said Burch, head of the Utah chapter of the Afro-American Historical and Genealogical Society. “And so my idea of a pioneer was not a positive thing.”

When he moved to Utah ten years ago, he started researching more about the state’s history. He realized that maybe the Western pioneers did not look so different from him.