I'm currently producing the first season of "De eso no se habla" [We Don't Talk About That], a narrative nonfiction podcast connects the dots between personal and collective silences. I'm part of the 2nd cohort of PRX's - Google Podcasts creator program.

My audio stories have been broadcast by Deutsche Welle, Radio Ambulante and several Spanish radio outlets. I often work as a fixer and tape sync-er, for companies ranging from WNYC to Pineapple St Media and Arte TV.

After living in New York, Buenos Aires, Tel Aviv and Paris, I relocated to Madrid, but keep traveling wherever there's a story that moves me. I hold an MFA in Creative Writing and PhD in Spanish Cultural Studies from New York University and I teach Cultural History at NYU Madrid.
And I'm as versatile as they come. There’s a legend that says that, for one moment every day, the world goes silent, all at the same time. When I was a little girl, I would stand quiet, still, and try to grasp that world-silence moment. I never got to listen to it, but I've been trying ever since. When Madrid went into lockdown, I placed my recorder at her balcony every day. With those sounds, I crafted an audio essay of the state of emergency in Spain order to explore why we hear what we hear, and how what is apparently silent is determined by the relationship between sound and power.

This is a special episode of “De eso no se habla” [We Don’t Talk About That], an upcoming Spanish-language podcast that connects the dots between personal and collective silences. 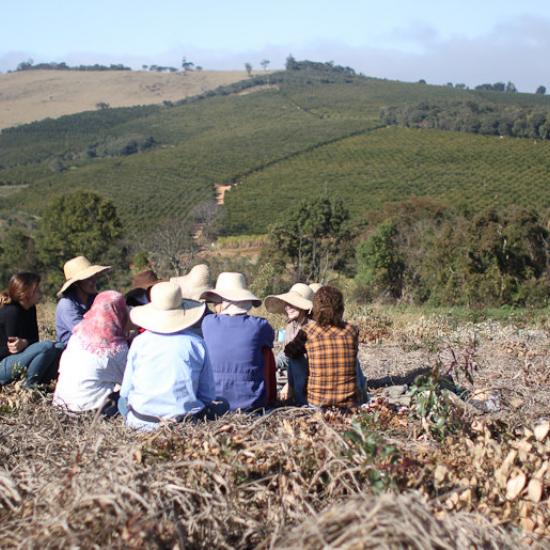 The Daughters of Maria Senhorinha
In 2014, a British newspaper published an odd story: in southeastern Brazil there was a town inhabited only by women. According to the piece, the women who lived in this community, Noiva do Cordeiro, were young, beautiful and desperate to find husbands. The town and its women made headlines around the world. There was only one problem: it wasn’t entirely true. What happens to a remote town when a story goes viral? And what’s the real story of Noiva do Cordeiro?