Francesca Rheannon is producer and host of the weekly radio show and podcast, Writer’s Voice, airing on stations around the country and podcasting on the Web at www.writersvoice.net. She was a co-founder and co-host for Sea Change Radio before selling the show to Alex Wise and currently is host and co-producer of Sustainable Long Island, a monthly show airing on WPKN 89.5. Rheannon is a writer, an independent radio producer and a broadcast journalist. In 2006 she won the Nancy Dickerson Whitehead Award for Excellence in Reporting for her series on HIV/AIDS in Holyoke and Springfield, Massachusetts. Her freelance radio pieces have appeared on NPR and public and community radio stations around the country.

Sustainable East End Episode on Community Choice Aggregation (CCA)
Sustainable East End is a monthly show about land use, energy and water resources, transportation, and the farming and food industries on the eastern end of Long Island. This episode features efforts to bring CCA to East End towns, affording them more power to use renewable energy and the barriers to adoption. 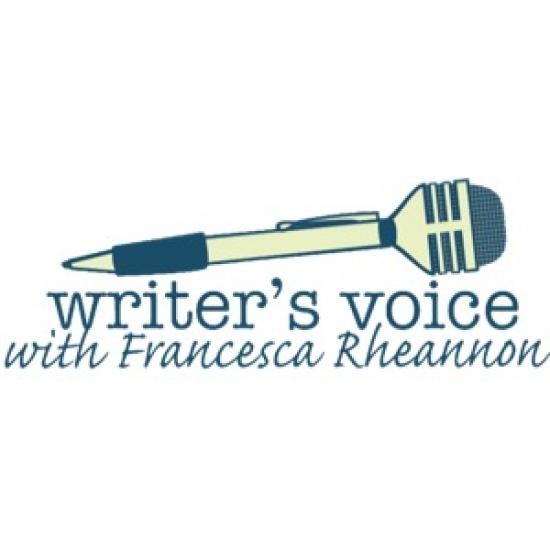 Writer's Voice with Francesca Rheannon
Writer’s Voice — in depth conversation with writers of all genres, on the air since 2004.

The program features interviews and readings, as well as reviews, with authors such as Joyce Carol Oates, Louise Erdrich, James Risen, Ursula K. LeGuin, Russell Banks, poet Richard Wilbur and many more notable writers. Writers Voice is produced and hosted by Francesca Rheannon, and has been on the air since 2004 with more than 700 shows produced, airing on stations around the United States and podcasting everywhere.

Kudos
“Dear Francesca, that was one of the best interviews EVER! Thank you so much for all your thoughtful questions and for your thorough reading of the book (TAMED AND UNTAMED.) — Author Sy Montgomery

5 star review from a listener: "Francesca Rheannon has an amazing show and often has me wondering why she hasn’t become the next Katie Couric or Barbara Walters with her impressive array of questions, continuing the conversation while keeping us the audience entranced and enticed and always wanting more…this show has me entertained and delighted!!!!!"