What Uganda's President Doesn't Want His People To See (Mail & Guardian)
Uganda's president has effectively banned rapper-turned-politician Bobi Wine from performing at home ⁠— so he played to an adoring crowd in Johannesburg instead.

This is a teaser episode for Continental Drift: The African Politics Podcast (Project on hold due to Covid)
Ruff Justice: Meet The Dogs Helping Put Child Rapists Behind Bars (Bhekisisa Centre for Health Journalism)
Victim testimonies can be key to securing convictions. They can also be traumatic. Meet the furry friends coming to the rescue.

A story about how children, who’ve been victims of abuse, are putting rapists behind bars thanks to the healing power of therapy dogs. The dogs are dressed up in the costumes of court officials to teach kids about how court works, and that’s helping to improve conviction rates in a country with very high rates of violence against children.
South Africa's Great Green Gold Rush (Mail & Guardian)
“It’s like it’s from another dimension.” Interviews at a marijuana expo sound exactly as high as you would expect — but also reveal some difficult truths for this budding industry.

A story about South Africa's cannabis market following a landmark ruling, allowing adults to use, possess or grow cannabis in private. 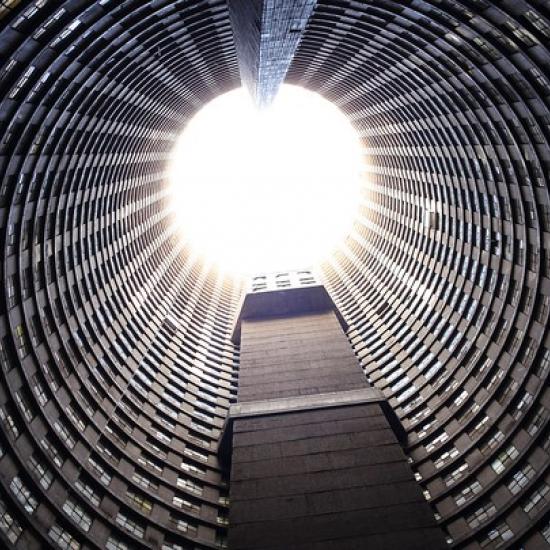 Ponte City Tower (99 Percent Invisible)
“It has spoken to a city which goes very rapidly through cycles of decline and prosperity and decline and prosperity". It's always been a kind of vertical waiting room for admission to South African society. But it’s also been a laboratory, a place where the city seems to try out new versions of itself.

Hard to miss on Johannesburg’s skyline, Ponte City Tower looks like a 54-story concrete toilet-paper tube. All of the tower’s 464 apartments face a gaping, open core that looks like it was lifted straight from the set of a sci-fi thriller.