David is available for

producing, editing, mixing and mastering radio programs and podcasts as well as recording tape syncs, multiple person interviews and music in the field.

David Goren is an award-winning radio producer and audio archivist based in Brooklyn, NY. A skilled field recordist, audio editor and mix engineer, he has created programming for the BBC World Service, Jazz at Lincoln Center, Studio 360, The Wall Street Journal magazine, NPR’s Lost and Found Sound series, On the Media, Afropop Worldwide and many others as well as audio-based installations for Proteus Gowanus gallery, the Ethnographic Terminalia Collective, and CONA gallery in Ljubljana, Slovenia. In 2016, he was an artist-in-residence at Wave Farm, a center for the Transmission Arts. David released The Brooklyn Pirate Radio Sound Map (pirateradiomap.com) In July 2018 which was featured in The New Yorker's "Talk of the Town" and recently became a partner project of the Library Congress' Radio Preservation Task Force. He produced the Greyhound Diaries documentary for the BBC World Service released in November 2018 which was selected as a BBC Radio Four “Pick of the Week,” and reviewed in Spectator magazine. In April 2019 David released NYC pirates of the Air for the BBC World Service and in the fall presented his talk "Tracing Neighborhoods in the Sky" about pirate radio in New York City as part of the Franke Lectures at Yale University. 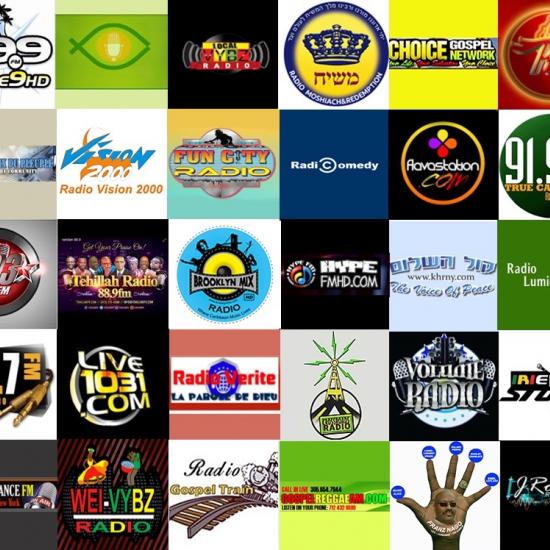 New York City's Pirates of the Air
As the workday winds down across New York, you can tune in to a clandestine world of unlicensed radio stations; a cacophonous sonic wonder of the city. As listeners begin to arrive home, dozens of secret transmitters switch on from rooftops in immigrant enclaves. These stations are often called ‘pirates’ for their practice of commandeering an already licensed frequency.

These rogue stations evade detection and take to the air, blanketing their neighbourhoods with the sounds of ancestral lands blending into a new home. They broadcast music and messages to diverse communities – whether from Latin America or the Caribbean, to born-again Christians and Orthodox Jews.

Reporter David Goren has long followed these stations from his Brooklyn home. He paints an audio portrait of their world, drawn from the culture of the street. Vivid soundscapes emerge from tangled clouds of invisible signals, nurturing immigrant communities struggling for a foothold in the big city.

With thanks to KCRW and the Lost Notes Podcast episode Outlaws of the Airwaves: The Rise of Pirate Radio Station WBAD. 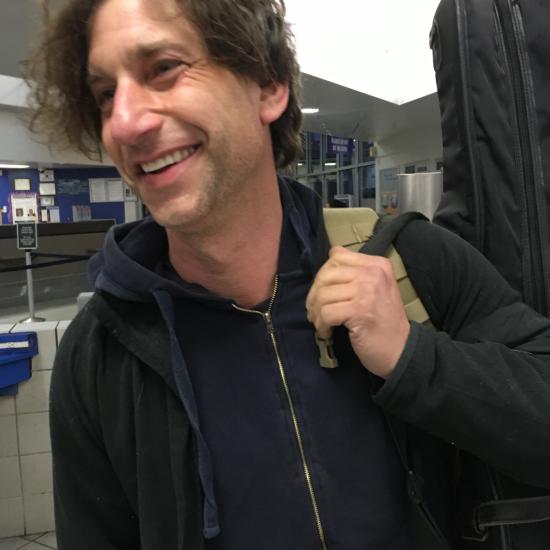 The Greyhound Diaries
Stories from the travelling underbelly of America, collected on Greyhound buses by traveler and musician Doug Levitt.

Singer-songwriter Doug Levitt hears the stories of America’s struggling people as they ride across the country on long-haul coaches – and turns their tales into songs.

For twelve years and 120,000 miles, he’s crossed the United States by Greyhound, guitar on his back, and notebook in his pocket. The people on the margins ride Greyhound, the only form of long distance travel they can afford. It makes for a singular community of people on the move, looking for work, dealing with family emergencies and taking leaps of faith in pursuit of transformation, redemption and healing.

He meets travellers like Kat, whose boyfriend is in jail and who is heading back home to see her daughter. There’s Jay, who’s taking his two-year-old son back to his former partner after a two-week visit under their joint custody arrangement. There’s the traveller known as the Sombrero Man, who’s become a full-time campaigner against many causes including gun control – and who tells us a story of a man who tried to help him. And Sam, who got addicted to painkillers after being hit by a car.

Doug composes songs based around his fellow passengers’ life stories, and pays a visit to the hometown of his inspiration, the songwriter Woody Guthrie, in Okemah, Oklahoma. 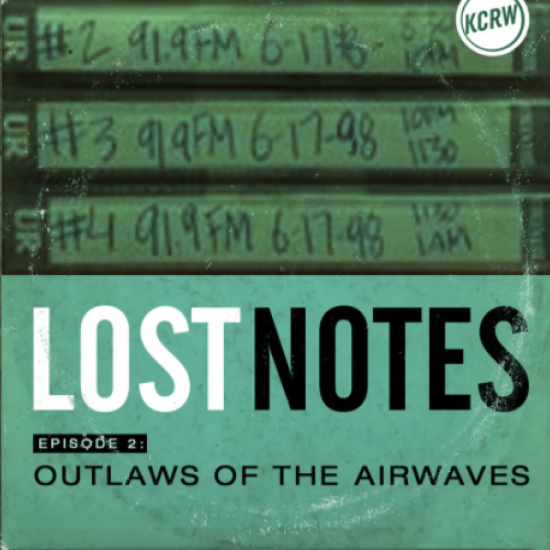 Outlaws of the Airwaves: The Rise of Pirate Radio Station WBAD
Pirate radio blew up in the 1990s as the technology became more affordable, and easy internet access wasn’t quite yet a thing. Underground, unregulated radio stations became some of the best places to hear local music. WBAD in New York was among the most beloved. They played unsanitized hip-hop, most of which wasn’t being touched by mainstream hip-hop radio. And no one knew that all this was being delivered to them by their friendly neighborhood UPS driver. Once the nightly news came calling though, everything changed.

Between 1895 and 1923, as the empire was unravelling, several hundred thousand Greeks, Armenians, Arabs, Jews and Turks emigrated to America, bringing their music with them. When war, expulsions and massacres tore their world apart, music helped them preserve their culture and their memories—and, in some cases, to make a living. The Ottoman migration to America coincided with the birth of the phonograph industry and its discovery of a lucrative “ethnic” market. That in turn helped to nurture a lively nightclub scene on Manhattan’s Eight Avenue, where skilful Ottoman musicians and sinuous belly dancers pulled in the late-night crowds into the 1980s.

As European-style national states took the place of the old multi-ethnic empire, the old “oriental” music was often frowned upon or even suppressed back home. But it continued to thrive in the diaspora, which preserved songs and styles that would otherwise have been lost.What happened to the music once it was transplanted? What did it mean to the emigrants, and to the generations that followed? How has it helped to hold their communities together?

Maria Margaronis traces the story of those Ottoman musicians, and explores the mysterious power of their makam-based music, which binds together joy and sorrow, spiritual longing and sensual desire. This is one of a series of 6 programmes which examine the interactions between music, identity and social change at key points in history.