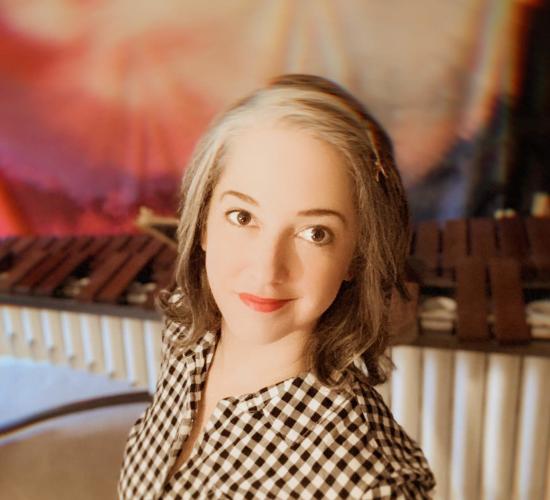 Music Director and Mornings and WUOL.
Member since 2023

Colleen Phelps is a classical music omnivore who is ready to bring you everything the genre has to offer. In addition to hosting mornings on WUOL, she also produces the online feature Behind the Playlist where artists discuss their new releases. And her online column Notes from the Music Director reflects on current events shaping classical music. She co-wrote and produced the radio special Three Castles and the Music City, which won a regional Murrow Award and was named one of "Nashville's Best" for 2022. At Nashville Public Radio Colleen was the host and producer of the acclaimed podcast Classically Speaking, which brought audiences a backstage pass to classical music in Nashville as it was created. In 2021 Classically Speaking episode "Bespoke Music Making With Jennifer Higdon" was the runner up for Best Interview from PRPD. At Nashville Public Radio she also hosted the station's weekly program Live in Studio C, which featured in-studio performances live on air. In the percussion world Colleen continues to explore new and experimental music, and she is also a founding member of professional chorus Vocal Arts Nashville.

Classically Speaking: Hannibal Lokumbe and the Sacred Covenant of Music

Hannibal Lokumbe is not caught up in what classical music “should” be. He composes for symphony orchestra, and improvises on the trumpet. He plays in concert halls, churches, and prisons.

On his visit to Nashville this past winter for a residency with local chamber ensemble Intersection, the main event was a performance of his massive piece Crucifixion/Resurrection: 9 Souls A Traveling. The work is massive and emotional – a large scale choral/orchestral requiem for the Charleston Nine. But Lokumbe also made time for public speaking on the topics of mass incarceration, the spiritual existence of people of color, and the life of Fannie Lou Hamer.

Composer Jennifer Higdon has built one of the most diverse and exciting catalogs of music in our time. She has written tone poems, operas, choral works, and band music. But her concerto list is by far the most varied and creative.

There is a set of usual suspects to act as soloists with orchestra: piano, and violin mainly. But by working with artists directly, Higdon’s music fits anyone – even a low brass section – like a piece of tailor-made clothing.

Even the casual figure skating fan might notice how often Ravel's Bolero is used as a soundtrack for short and long programs at the Olympics. No less than three have skated to it this week so far. Classical music host Colleen Phelps explains why.

Women at the top of the field in classical music pay tribute to the women who have inspired them. Luminaries like multiple Grammy Award winner JoAnn Falletta, BBC Proms soloist Jamie Barton, The Marvels composer Laura Karpman, and many more introduce music by composers like Florence Price, Clara Schumann, Lucija Garuta, as well as performances from Isatah Kanneh-Mason, Marian Anderson, and even Ella Fitzgerald.

Three Castles and the Music City

In October of 1871, the oldest university in Nashville, Tennessee, teetered on the brink of collapse. To survive, Fisk University staked its last $40 on a set of field hymns and 10 descendants of American slavery. The singing group carried melodies their families shared in secret from the cotton fields of Middle Tennessee to the crowned heads of Europe. The landmark tours of the Fisk Jubilee Singers rescued a university, pioneered global touring, and brought American music to the world.

150 years later, the journey of the Fisk Jubilee Singers continues. Immerse yourself in the music and voices of the original emissaries in the one-hour special “Three Castles and the Music City” on 90.3, WPLN News. Narrator Destiny Birdsong is joined by members of the current Fisk Jubilee Singers ensemble, featuring old and new performances, as well as a collaboration with Adia Victoria and original music composed by Bryson Finney.