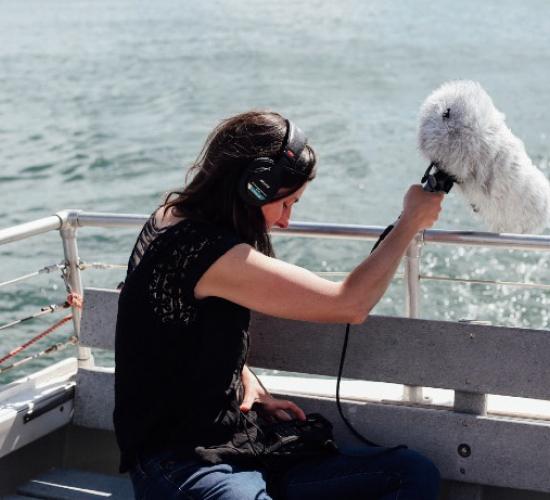 Caroline is available for

Caroline Losneck is an independent documentarian, radio and podcast producer, filmmaker, and experimental installation artist. Her work has appeared on pubic radio stations, and podcasts. Her documentary film work has appeared in NYT and festivals. She often seeks out off-the-radar venues for her documentary work - from buildings slated for demolition, public parks, and flooded city streets, to empty campgrounds and film festivals. As an independent radio producer, her work is featured on Maine Public Radio, NPR, Marketplace, BBC and WMPG Community Radio. Caroline's documentary film work has been featured in the NYT Op Docs, film festivals around the county, and in museums. BA Environmental Science from Oberlin College